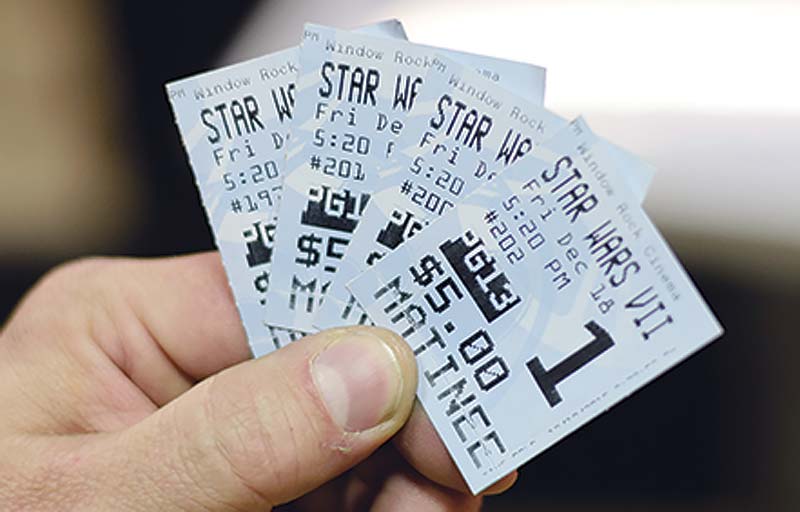 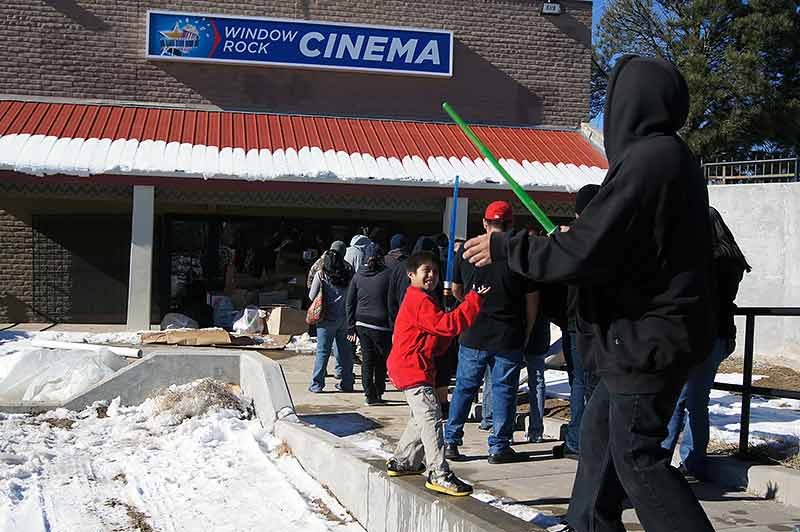 Navajo Times | Christopher S. Pineo
Deacon Lee Curley, 9, attempts to “use the force” on his dad Brandon Begay, 26, of Window Rock as they wait in line for tickets to see “Star Wars: Episode VII – The Force Awakens” later that day.

As the Window Rock cinema opened its doors for the first time in 24 years, a light saber battle had begun before Star Wars went on screen. 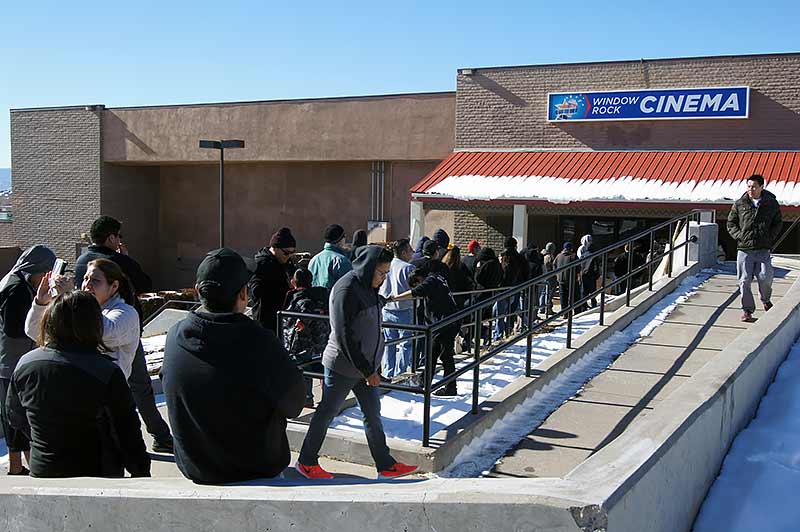 A figure in a red shirt with a blue lightsaber stood dwarfed by a black-clad figure with a green light saber – his dad.

Brandon Begay, 26, of Window Rock said he had all the Star Wars films at home and wanted to share the films with his son Deacon Lee Curley, 9, after their duel ended and his toy light saber hissed to turn off.

“It’s something I have loved to watch ever since I was young,” Begay said. “It’s pretty important to let my son watch it and especially in Window Rock where it’s never been shown.”

But, the main event came when the doors opened for the new film with old favorites from the original films like Harrison Ford’s rogue smuggler and pilot Han Solo and the droid R2-D2 alongside a new cast of characters like Oscar Isaac’s X-Wing ace Poe Dameron and his droid BB-8. The first show of the new film hit screens at 5:20 in Goen Window Rock Cinemas in the Window Rock Navajo Nation Shopping Centers, Inc. location, the Geon Cinemas Tuba City shopping center location, and the Black Mesa Twin Cinema in Kayenta.

Begay said he was looking forward most to seeing the villains in the new film. He said he had avoided Facebook posts and other media that might give away parts of the new film, so he did not know the name of new film’s villain who chose the “dark side of the force” reminiscent of the classic character Darth Vader.

“I don’t know what to expect from the new one. I really don’t. I’m looking forward to the villains, to see the villains,” he said. 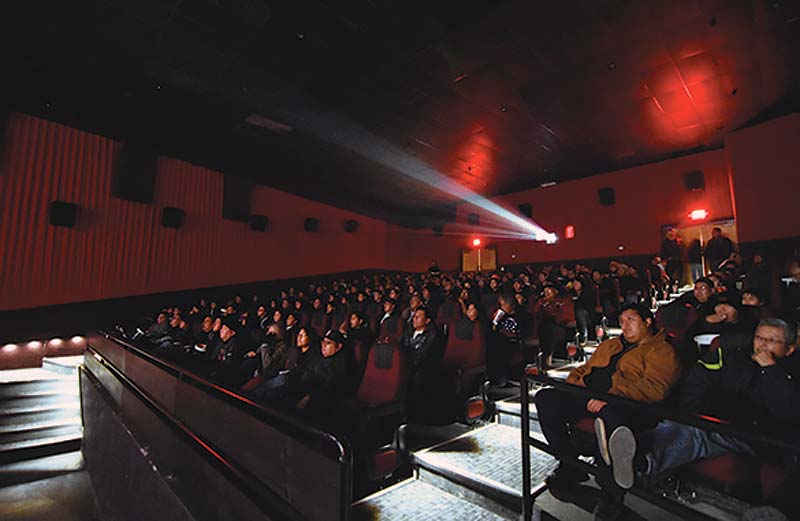 His son had chosen the “light side of the force” – Star Wars jargon for the side of good, righteousness, and peace. He wanted to see the “good guys” and the robots in the new film, before he shared his favorite character from the previous films.