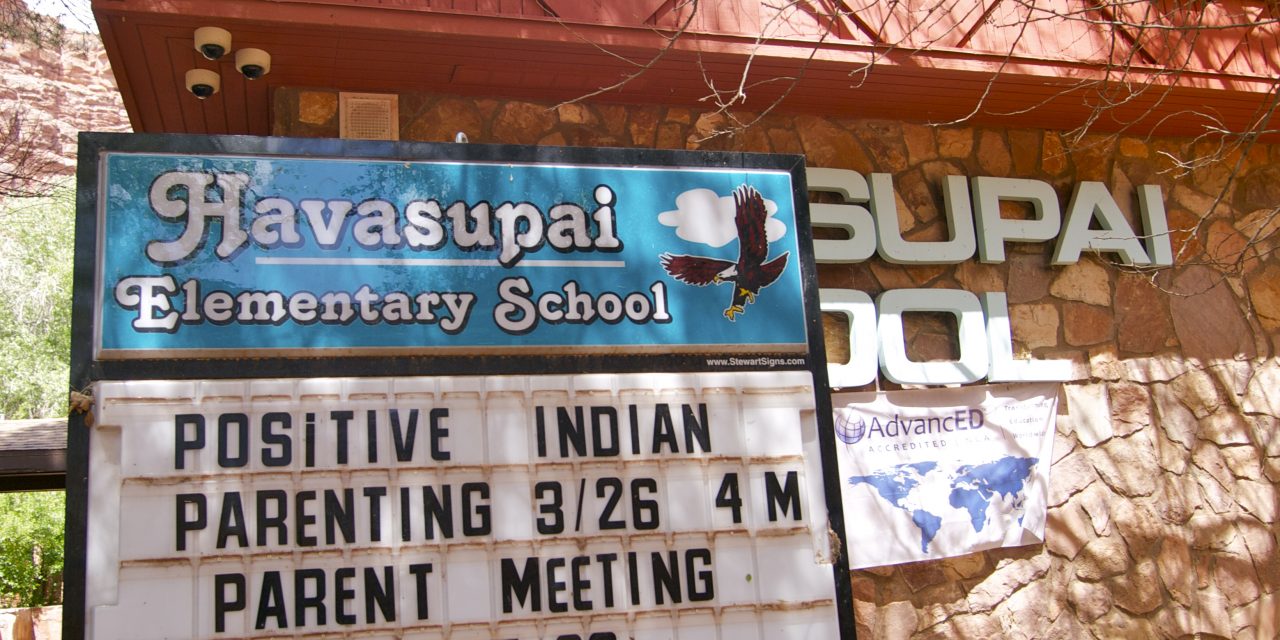 The plaintiffs said they addressed at the Havasupai Elementary School to hold the federal government accountable for legal obligations to Native American students.

The Havasupai Tribe lives in a remote area of the Grand Canyon and school conditions detailed in the suit show not only a lack of programs for students with special needs but a lack of basic educational opportunity.

“The BIE’s failure to provide a real education for these children flagrantly violates one clear and specific federal law after another,” said Bryan Heckenlively, a partner in the law firm of Munger, Tolles & Olson LLP. “One set of regulations, for example, requires teaching science, social studies, arts, physical education, and foreign language, but the BIE does not teach any of those subjects at Havasupai Elementary School.”