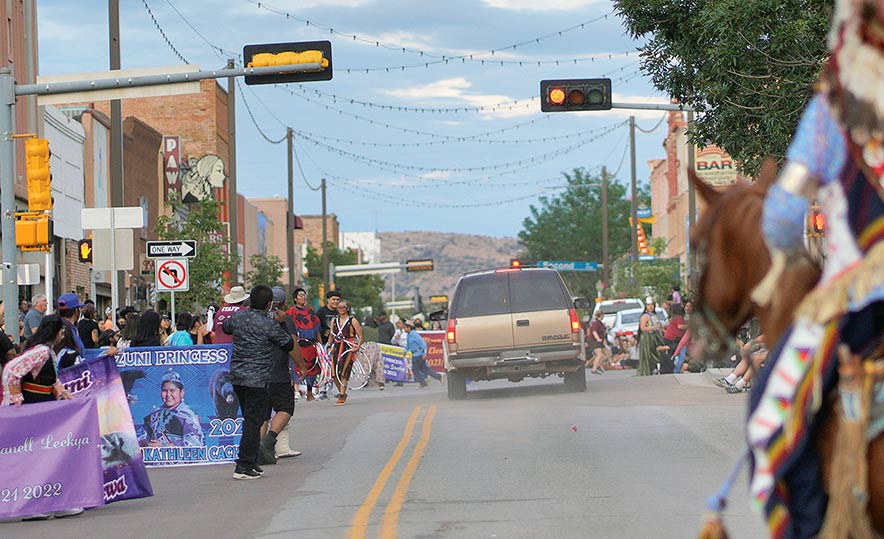 A 100th Gallup Inter-Tribal Ceremonial parade participant who didn’t want to give her name said she’s been having trouble sleeping since last Thursday’s incident.

The woman, on Sunday, alleges the driver of the brown SUV, Jeff K. Irving, 33, of Pinedale, New Mexico, was smiling as he drove through a crowd of thousands of panicked paradegoers.

Irving remains behind bars on hold without bond. On Friday, a motion hearing will be held at the McKinley District Court in Gallup. 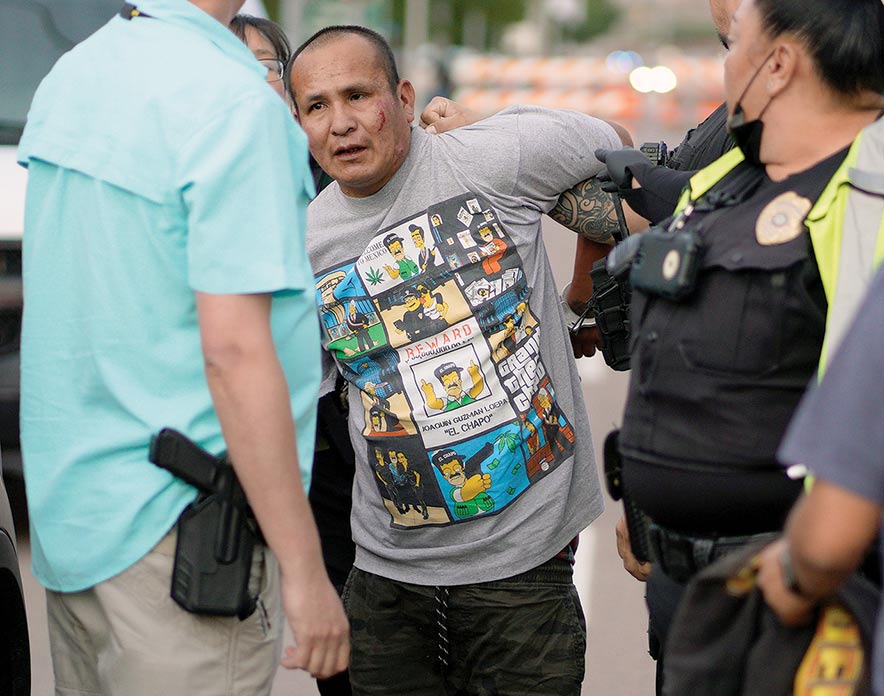 For the Church Rock, New Mexico, woman, seeing Irving allegedly smiling with one hand on the wheel, she said she’s been replaying the scene in her mind ever since.

The woman said she was helping her niece, who is a princess at a local school, participate in the parade.

She and her sister, her niece’s mother, carried the banner as her niece walked behind them. All was going well until they turned around the corner of Second Street and Coal Avenue.

She said she heard people screaming and yelling. When she looked where the screaming was coming from, she saw the SUV barreling straight for them.

According to Gallup Police Chief Franklin Boyd, a brown vehicle drove through the parade route with thousands of families and their children around 7:50 p.m. last Thursday. The vehicle stopped on Business Route 66 and Second Street, where Irving and two other occupants were arrested.

Gallup Police Capt. Erin Toadlena-Pablo, a spokesperson, said on Aug. 5, the two officers were treated and released after having sustained minor injuries.

State police added that a victim’s most serious injury that evening was a broken leg.

For the woman, she pushed her niece out of the way as the SUV sped by. She turned around and saw everyone screaming, trying to escape Irving’s way. After ensuring her niece and sister were OK, she ran back and helped an older woman who had fallen get back to her feet.

Days after the incident, the woman said her niece, who is 9 years old, is no longer interested in being a princess.

She said she was still angry about what happened at the parade. She said she could see Irving smiling. She mostly felt guilty, she said, because her niece and sister could have been seriously injured.

According to the affidavit, Irving is accused of five counts of leaving the scene of an accident (great bodily harm or death) and one count of aggravated driving while under the influence of liquor or drugs.

According to the affidavit, Irving admitted to drinking two cans of beer. It was later determined that his blood alcohol content was .24, which is three times the legal limit. He was also driving on a revoked license from a previous DWI conviction.

The state affidavit stated Irving was watching the parade with his two brothers, Davis Begay and Dave Begay, when they decided to leave the parade.

Gallup Police Chief Franklin Boyd said on Friday police were working on how to keep the upcoming Ceremonial parade on Saturday safe for paradegoers. One option he mentioned was possibly arranging concrete barriers along the parade route and not allowing any vehicles parked inside the parade route.

Boyd said he hoped to take advantage of Gov. Michelle Lujan Grisham’s offer to help police by providing additional state police officers to assist during the Ceremonial, which ends on Sunday.

For the woman, she said they would not be participating in this Saturday’s parade.

“You don’t think it’s going to happen; you think you trust police officers to block out the area, you trust people to keep their vehicles off if they’re parked on the road,” she said. “But then after something like this happens, you just don’t trust them anymore. We put a lot of trust in strangers in our community. That trust is broken.”