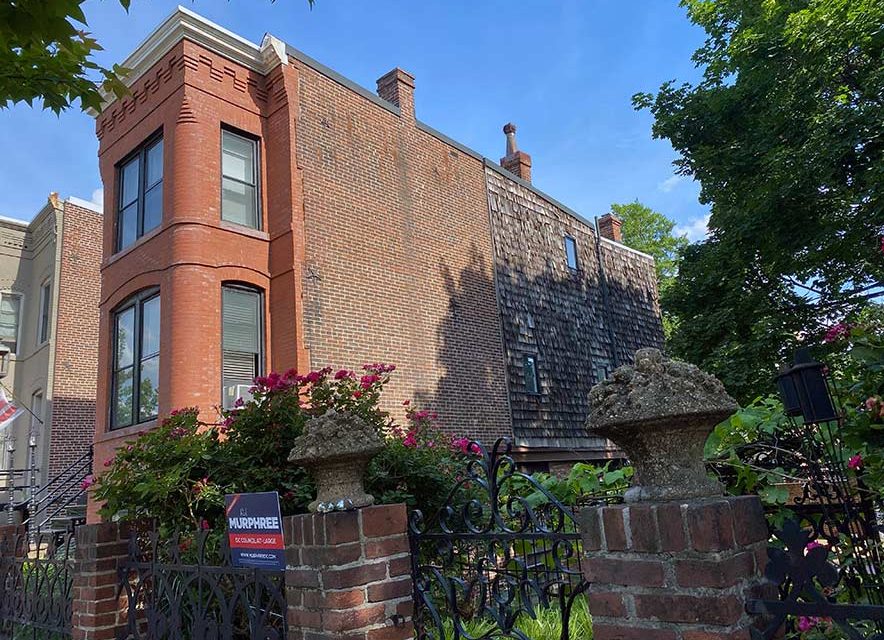 The debate among delegates was lengthy, but in the end Council approved the legislation with exactly the 16 votes it needed and 7 opposing. The Navajo Nation will soon be the proud owner of a 3,728-square-foot home, built 161 years ago, located behind the House of Representatives. The cost is $4.8 million, and these funds will come from the Fund Principal of the Land Acquisition Trust Fund.

Lewis stated that not only will the house be used for offices, but also offering accommodation to Navajo leadership when they begin travelling to D.C. again. It could also serve as an incubator for Navajo students and teachers undertaking projects in the nation’s capital, and enhance advocacy.

But not all delegates were for this purchase. Council Delegate Charlaine Tso said she could see both sides, but ultimately she voted red because the money could be better used elsewhere.

“We as council delegates try to listen to our constituents,” said Tso. “I understand the need and see how this infrastructure is going to pretty much pay for itself in years to come. (But) we don’t know how long this pandemic will last. We will not be considerate of the people’s needs.”

She said the money could be used to provide more infrastructure, roads and other projects. When it comes to meeting with dignitaries, Tso said while she was in D.C. the delegates had to seek them out at their offices; they never came to the Navajo Washington Office.

“I would rather put this money toward people who need electricity at this moment,” said Tso.

Other delegates, however, emphasized the sense of pride and symbolism of a Native American tribe staking its claim in Washington. Delegate Pernell Halona said this purchase symbolizes Navajo “making progress.”

“There is no reason why we should not have property in Washington, D.C.,” said Halona. “This is our land. I see it as all of the United States belong to the American Indian … the first people that owned this land. This is an investment. It’s true it’s the people’s money, but we are trying to make a strong investment for the people.”

This legislation was heavily supported by President Jonathan Nez, who made mention of it in his State of the Navajo Nation address. He noted that Navajo Nation Washington Office played an instrumental role in getting the Utah Navajo Water Rights Settlement Act passed by Congress and signed into law, as well as securing a three-year extension for the federal Special Diabetes Program for Indians, which provides at least $150 million annually to help fight diabetes.

“These are the types of initiatives that our Washington Office has helped to advance,” said Nez. “With this initiative, we establish ourselves as the only tribe in the United States to own land and property near the Capitol in Washington D.C. and it will help to advance more issues for the Navajo people including more COVID-19 relief and vaccines.

“The Navajo Nation has spent so much money for decades renting office space, but we will soon have a long-term investment that will build equity and we will see many returns on the investment in terms of the property and our ability to advocate at the federal level.”

The legislation still has to be approved by Nez.