Members of the Law and Order Committee, which oversees the Division of Public Safety, have repeatedly spoken against the leadership within the division. Both Chief of Police Phillip Francisco and Division Director Jesse Delmar have recently come under fire from the lawmakers.

Accusations were made repeatedly by LOC member Vince James against Francisco saying he has a secret email, or the Navajo Nation Police Department is not sharing fund management plans with the committee, and stating that officers and constituents come to the committee with issues.

“There’s always constituents … officers coming to LOC with issues on how the leadership is under Jesse Delmar and chief of police,” said James during the recent winter Council session. At the time, Delmar said he couldn’t resolve any issues without looking into them thoroughly. 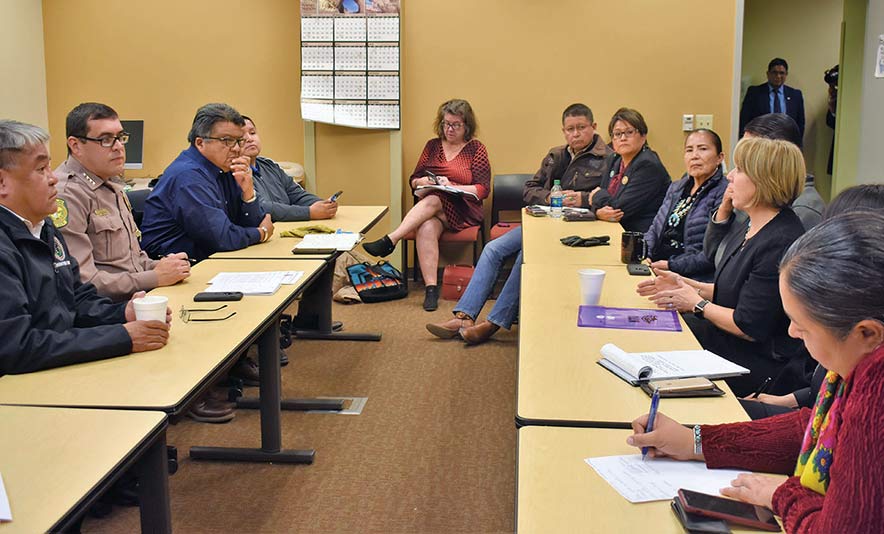 But the oversight committee won’t tell him who brought these complaints to them because they claim that Delmar or Francisco will retaliate against those who raised the issues. “Without your cooperation, without the cooperation with the people at the field level I can’t do much at all,” said Delmar.

During President Jonathan Nez’s state of the nation address, James said Nez needed to look into how the police department and division of public safety are being managed and blamed a slew of recent retirements in the department on Francisco and Delmar.

“We have a lot of police officers retiring because of the way the administration is under the leadership of the chief of police, under the leadership of our division director Jesse Delmar,” said James. Francisco said these accusations are unfounded. He explained they had a handful of people retiring because they’ve been with NNPD for 30 to 40 years and are ready to stop working. A couple of officers left to work elsewhere only to return and they are in the process of being rehired. “It’s unsubstantiated that we are running people off,” said Francisco. “We are promoting people. We are hiring people. We are moving our existing staff up into supervisory roles and giving them more opportunity, elevating them, and giving them more responsibility.

“Those allegations,” he said, “I don’t know where they are coming from.” With 189 commissioned officers, the recent Police Academy graduated a small class of eight due to the pandemic. But another 50 applications have been submitted for the next academy and Francisco said they hope to admit at least 30 of those.

Regarding the secret email, Francisco said that claim is “absolutely not true.” “The police department is dedicated to being transparent and if any delegate or citizens want to know what’s going on in the department all they have to do is ask,” said Francisco. “There is nothing in the operation of the police department that is secret.”