Attorneys David Jordan and Justin Jones, representing Velena Tsosie, announced during a press conference on Monday that they will be filing a lawsuit against Navajo Tribal Utility Authority, NTUA wireless, and NTUA General Manager Walter Haase due to a sexual assault allegedly committed by Haase against Tsosie. 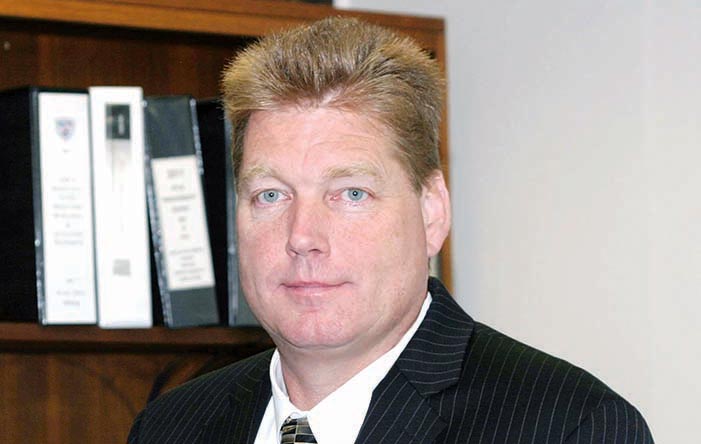 According to Jordan, the assault against NTUA wireless general manager Tsosie took place on March 8 when Tsosie was invited to a dinner with Haase in Phoenix. At the dinner, representatives of ComNet were present.

In a statement prepared by Jordan, he said that throughout the dinner, Haase continuously touched and acted toward Tsosie in an inappropriate manner.

“Back at the table and in front of the witnesses, Mr. Haase repeatedly grabbed her hand, ran his hand up and down her back and even put his head on her shoulder,” Jordan said.

“He hugged her, kissed her head and put his hand on the inside of her thigh.

Tsosie tried to resist Haase’s advances but due to his position, Tsosie became afraid that she would lose her job or face other repercussions if she resisted.

“This incident has left Ms. Tsosie extremely mentally scarred,” Jordan said. “She no longer desires to work for NTUA Wireless, and she can no longer work with Mr. Haase. His behavior far exceeded the bounds of propriety.

“This incident involved repeated batteries upon her person,” he said, “she was humiliated in front of her coworkers because Mr. Haase chose to treat her as a possession that he could treat however he wanted.”

“While the Navajo Nation government is out there proclaiming that this is wrong, that this is happening, that all of these things are wrong, we have a member of our own Nation here,” Jones said.

“By clan she’s my granddaughter,” he said. “We have a member, she has a father, she has a mother, she has a home, she has children, she has people that love and care for her, just like any other member of the Navajo Nation.”

Jones believes for an incident like this to happen to a member of the Navajo Nation, it is “completely wrong.”

Jones said sexual assault within the Navajo Nation needs to stop because it is an ongoing problem that has been happening since the 1800s.

“You are not Navajo, this is the Navajo Nation, between the four sacred mountains,” Jones said. “You don’t just come here and try to throw your weight around and think and believe that you can do whatever the heck you want to do over here. It’s not right.”

Jones believes if there is one then there might be more victims and he commended Tsosie for having the mental and emotional strength to come out with her story.

The NTUA Management Board released a statement on Monday and said when it considers business and management decisions, Ke’ is at the center and it will avoid negative and hostile speech while looking for peaceful and restorative solutions.

“The NTUA took proper actions to handle the situation with respect and dignity afforded to the individual who made the allegations as well as the individual being accused,” the press release said.

The release stated that a $3 million demand was made against NTUA “in an aggressive and abrasive manner.”

It stated that this demand goes against the core values of the enterprise and are contrary to Navajo values.

“Given our fiduciary responsibilities to this enterprise and the Navajo people, the management board decided not to be harassed or intimidated by these actions,” the press release said.

“Instead, we will continue to extend respect to all parties (including the individual who made the allegations and the accused),” the release said. “We must follow the proper process and allow these complaints to be handled in a just and equitable manner.”