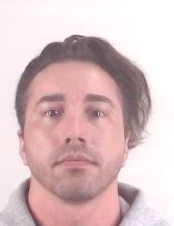 The traveling nurse accused of sexually assaulting two local nurses in two states last month has been brought back to face his charges after being arrested in Texas.

Dustin Shane Hopper, 31, was arrested in Fort Worth, Texas on Aug. 26, and waived his extradition rights, according to Cdr. Roscoe Herrera with the Apache County Sheriff’s Office. Hopper had been fleeing the local charges and was arrested after a two-hour standoff with Fort Worth police.

The sheriff’s office said deputies went to Texas and picked Hopper up. He was booked into the Apache County Jail in St. Johns, Arizona, on Wednesday. Herrera added Hopper was going to be arraigned on Monday or Tuesday In Apache County Superior Court on suspicion of one count of sexual assault and one count of kidnapping.

Gallup Police Capt. Erin Toadlena-Pablo said on Friday the police and the McKinley County District Attorney’s Office were waiting to see if Hopper was going to waive his extradition rights to New Mexico, where there are also charges pending against him.

According to an affidavit from the Gallup Police Department, Hopper sexually assaulted a Gallup Indian Medical Center nurse on Aug. 11 at his hotel room after eating breakfast with the victim. During their investigation, detectives learned Hopper was being investigated by the Apache County Sheriff’s Office for another alleged sexual assault on another nurse who works at the Tsehootsoi Medical Center. That offense allegedly occurred on Aug. 21.

Hopper, according to the National Council of State Boards of Nursing Inc., was issued a “multistate” registered nurse license on July 12 in the state of Texas. His license expires on Feb. 29, 2020. Additionally, he currently has a “single state” practical nurse license in Oklahoma that expires in Feb. 28, 2021.

“Our people deserve to be protected, deserve to work in a safe working environment,” Crotty said.

She added she understood Hopper was innocent until proven guilty, but was concerned he could still practice as a licensed nurse in any of the 31 states he’s licensed in.

Toadlena-Pablo said Gertrude Lee with the McKinley County DA’s Office was assigned to the case.