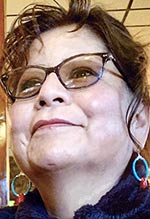 Her mother is Marilyn Slim and her father was the late Watson Slim Sr. Charlotte was a mother, a sister, an aunt, and a grandmother. She was raised in Yellow Rock Point, Utah, and attended Red Mesa School up to the 9th grade when she decided that her life had to focus on being the best mother she could be.

As a young mother at 15 years old, Charlotte started her journey to raise her son Buu Van Nygren.

Many people know of her son, but she was a very humble and grateful woman who wasn’t known to let everyone know who her son is.

Fourteen years after her son was born, she had a beautiful little girl, Bijou Ricci Etcitty, who was also molded by the power of being independent, caring, laughter, prayer, and love for family.

In her final days, Charlotte spent her precious moments with her newborn granddaughter, Aurora, and her year-and-a-half-old granddaughter, Aracelli. Charlotte may have had many challenges, but she dedicated her life to uplift and care for others.

Many family and friends have expressed that they don’t remember her being mean or holding grudges, only her uplifting, funny spirit. Charlotte didn’t want people to worry about her and that was very evident up until she left us so suddenly.

She was selfless, never thinking about herself, and known for her kind heart.

Charlotte is survived by her children, Buu Van Nygren and Bijou Etcitty; and two granddaughters. 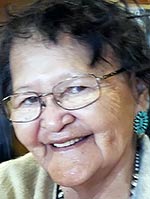 Alice was born Feb 17, 1942, into the Hashtl’ishnii (Mud Clan), born for Tábaahá (Water’s Edge Clan). She passed away Dec. 16, 2020. Alice was a beloved mother, grandmother and great-grandmother. She was proud of the jobs she held, proudly retired and valued hard work. 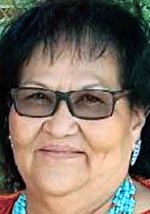 Shirley received a graduate degree from the University of New Mexico and retired from Fort Defiance Hospital. She enjoyed sewing, traveling, playing sports, walking, playing the drums, and spending time with her grandchildren. 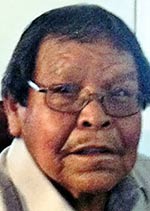 Leonard attended Page High School in Page, Arizona, and graduated from Window Rock High School in 1964. He retired from Union Ironworker Local No. 75, No. 497, No. 416, and No. 433. Leonard enjoyed making Native American arts and crafts with beading, painting and jewelry.

He enjoyed different food in different places, along with traveling. 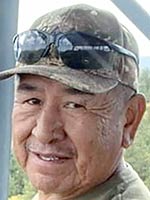 Calvin was born Nov. 27, 1960, in Del Muerto. He passed away Dec. 19, 2020, in Albuquerque. Calvin attended Chinle High School and Pima College. He was employed as a journeyman sheet metal worker for most of his life for many construction companies throughout the Four Corners.

There will be no reception, due to the COVID-19 pandemic. Summit Funeral Home is in charge of arrangements. 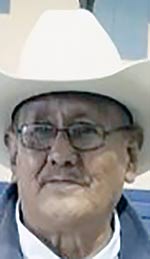 Words cannot express the feeling in our hearts.

Thank you for being with us during this difficult time. Your thoughts, prayers, donations, and words of sympathy will always be remembered.

OAK HARBOR, Wash. — Graveside service for Grace Trujillo Romero, 77, was held Dec. 18 at the Maple Leaf Cemetery in Oak Harbor, Washington. Grace was born Dec. 4, 1942, in Chaco Canyon, New Mexico, to Jake and Opal (Werito) Trujillo, into the Ta’neeszahnii (Tangle Clan), born for Bit’ahnii (Under His Cover Clan). She passed away Nov. 28, 2020, in Oak Harbor, of COVID-19 pneumonia.

Grace attended Box Elder High School in Brigham City, Utah, and graduated from Albuquerque Indian School, followed by cooking school in Chicago, Illinois. Grace worked for the LDS Hospital in Salt Lake City, Utah, and 13 years at Homeplace Memory Care in Oak Harbor. She was proud to be recognized as a L.I.F.E. award recipient in May of 2020.

Grace was a loving, giving, determined, and hardworking mother who cared for her family dearly. She also loved to work and help others. In her downtime, Grace loved to watch “Murder She Wrote,” Fox News and wrestling. She enjoyed sewing, cooking and doing crossword puzzles, as well as making beadwork for her daughter, Rosalynn.

Grace was known for her infectious smile and her kind and compassionate spirit.

Honorary pallbearers will be Leo Shirley, Nelson Billie and Raymond Billie. A reception will take place at the Tso’s residence in Wheatfields, following service. Silver Creek Mortuary is in charge of arrangements.

He passed away Dec. 11, 2020, in Albuquerque. Larry attended West Mesa High School in Albuquerque, and was employed as a silversmith. He loved horses and enjoyed fishing, playing in pool tournaments, and doing mechanic work.

A curbside reception (for immediate family only) will take place at the Chavez residence (327 Black Diamond Canyon Drive, Space 45, behind old Terrace Apartments), following service. Rollie Mortuary is in charge of arrangements.

Wayne was born Feb. 1, 1937, in Mariano Lake, into the Tó baazhní’ázhí (Two Who Came To the Water Clan), born for Kiyaa’áanii (Towering House Clan). He passed away Dec. 16, 2020, in Gallup. Wayne is survived by his daughter, Vera Brown of Naschitti, New Mexico.

Wayne is preceded in death by his parents, Charles and Mabel Brown Anderson. Pallbearers will be family members. Rollie Mortuary was in charge of arrangements.

Irving was born Feb. 4, 1951, in Ganado, Arizona, into the Bit’ahnii (Folded Arms People Clan), born for Red Streak Across Forehead (Zuni). He passed away Nov. 25, 2020, in Farmington. Irving received a master’s degree from Utah State University and was a self-employed artist.

CHINLE — Graveside service for Barry Davis, 44, of Chinle, will be held Thursday, Dec. 24, at the old cemetery Davis family plot in Chinle, with Daniel Smiley officiating.