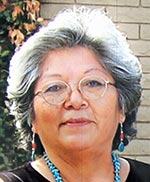 Jodell was born July 9, 1955, in Los Angeles, California, into the Tl’ízí lání (Many Goats Clan), born for ‘Áshiihí (Salt People Clan). She passed away June 19, 2020, in Gilbert, Arizona, after a valiant battle against cancer.

A reception for immediate family only will take place in Burnside, Arizona, following service. Summit Funeral Home is in charge of arrangements. 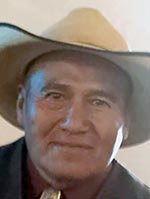 Jimmie was self-employed as a construction worker, silversmith and artist.

Jimmie is preceded in death by his parents, Hazel and Harry DeGroat; and son, Melfred DeGroat. A reception will take place at a later date. Rollie Mortuary was in charge of arrangements.

CHINLE — Funeral services for Michael E. Lee, 50, of Chinle, will be held Thursday, June 25, at 10 a.m. at The Potter’s House in Chinle, with Pastor Artie Aragon officiating. Burial will follow in Del Muerto, Arizona.

She then attended Chemawa Indian School in Salem, Oregon, for six years, graduating from Holbrook High School in 1964. Ruth attended Albuquerque Business School earning an associate’s degree in accounting in 1966.

Soon after she began working for the Navajo Nation as a court auditor. In 1978, she began her job with the BIA as a reality assistant and retired in 2008.

Ruth married Larry Jim in 1968 and raised three children, Jennifer, Conrad, and Marwin, and later was blessed with a grandson, Robert Jim. She was a devoted mother and grandmother.

Ruth enjoyed taking road trips around the western U.S. and even flew to Washington, D.C. for a presidential inauguration. She also supported her nieces and nephews by attending college and military graduations.

Ruth was a classy lady, always dressed to impress and a strong proud Navajo woman. She will be remembered by family and friends as a life fulfilled with love, laughter, friendship, and vacations.

Peggy graduated from Barstow High School and attended cosmetology school in Phoenix. She enjoyed being a beautician for many years and took a break to work for Motorola and later returning to doing hair again. Peggy enjoyed spending time with her family, shopping, going to the casino, reading books, and watching her favorite television shows.

She was a loving person who had a fun personality and a great sense of humor.

Larry attended Brigham Young University and University of Phoenix, where he received his MBA. He worked for Pittsburg & Midway Coal Mine, Chevron Mining and Peabody Mine. Larry enjoyed farming, ranching and was an avid sports fan.