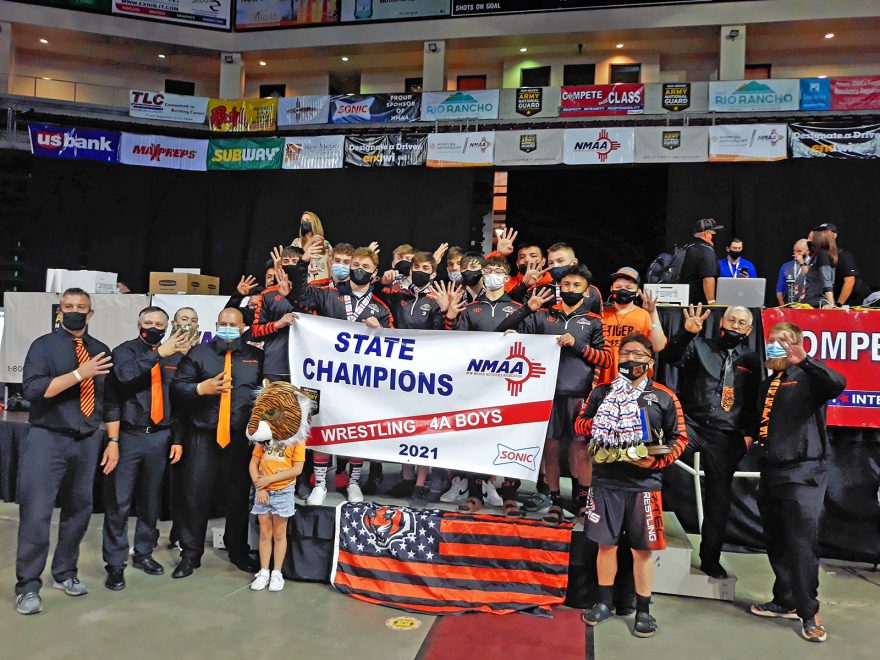 Behind a dominant performance from the Aztec Tigers, eight local wrestlers emerged as state champions at the New Mexico state wrestling tournament for classes 3A and 4A.

The Tigers put six wrestlers in the finals and captured the team title for the fourth straight year on Thursday night at the Rio Rancho Events Center.

The Diné wrestler bumped up two weight classes and won the 182 title with a 13-9 decision over Los Alamos senior Mateo Martinez.

“I think this is very special to win back-to-back because you don’t see many Natives win back-to-back titles,” Altisi said. “A lot went into this. I sacrificed a lot of my time and I have to give props to my coaches for believing in me.”

“This has been a dream since I first joined wrestling,” Curley said of his state title win. “I know my coaches are proud.”

Curley won his match in an 8-4 decision over Brian Armijo of Socorro High School.

The state tournament will resume on Saturday with the Class 5A and all-girls wrestling tournament in Rio Rancho.

For a more in-depth story pick up the Navajo Times paper on Thursday.