Survey of Natives gives people a voice in policies 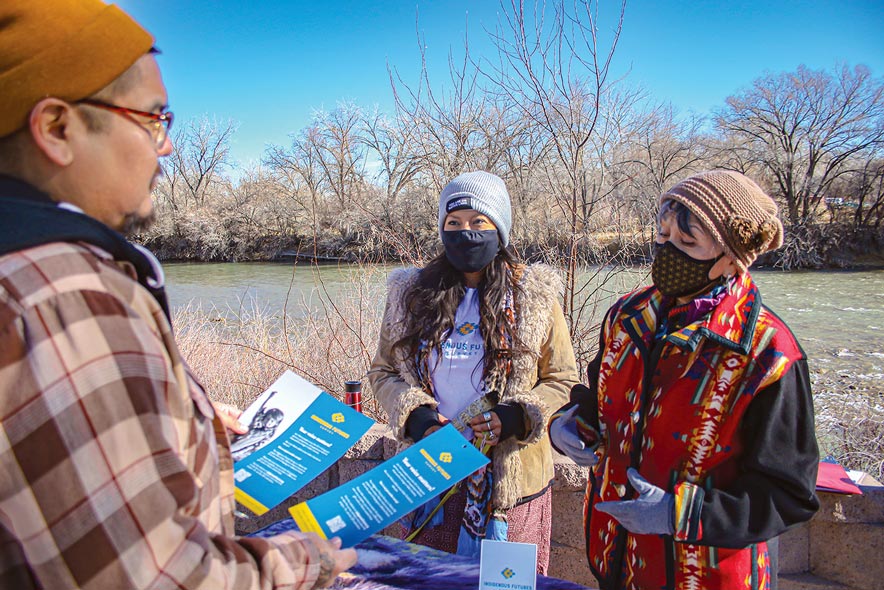 Across the United States, the Native Organizers Alliance is gathering data through their Indigenous Futures Survey to provide Native Americans the opportunity to shape their future.

The survey was developed by Natives for Natives and is being taken in rural and urban Native communities. 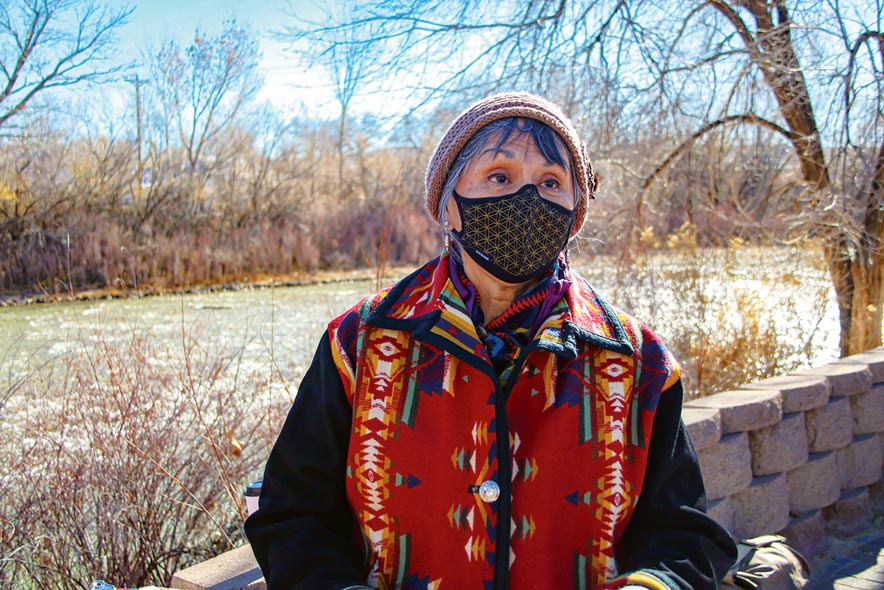 The data that is received will be used to hold politicians, the media and educators accountable for the well-being of indigenous people.

The alliance is an Indigenous-owned, nonprofit, community-based organization that strives to advance the health and welfare of rural and urban communities and reservations.

Their mission is to develop leadership and build organizational strength with Native culture and traditions.

Questions from the 2020 survey were about civic engagement, COVID-19, and policy changes for the future. Across the 50 states, a total of 6,460 Indigenous people completed the survey.

Judith LeBlanc, executive director of the alliance, said, “The results of the survey are really a handbook for policy makers. It gives a snapshot of the hopes, dreams and the experiences of Indian Country of the 21st century.”

“Election day is just a snapshot of our political power,” she said, “What are the key issues that people want actions taken on? In the 2020 survey, two of the top issues was taking care of our elders and access to good mental health care.

“We want to do another snapshot to prepare people to engage in the 2022 elections,” she said. “To prepare people to interrupt the narrative, the dominant narrative that we (Indigenous people) don’t exist anymore, that we are statistically insignificant.”

The 2020 data highlighted racial injustice and the impacts of the coronavirus on Indian Country in America. The data from the survey was shared with tribal leaders so they understand what their communities wanted and to help them implement change.

“The survey is important for our tribal and grass-roots leaders to understand what the communities are really concerned about,” said LeBlanc, “We are offering leaders, such as the Navajo, the opportunity to have access to the results of data to implement change.

“The survey not only has an impact on federal policies but on local Indigenous policies as well” she said, “This will help our tribal leaders connect with the communities about what is going on in our lives.”

LeBlanc is a enrolled member of the Caddo Nation of Oklahoma. 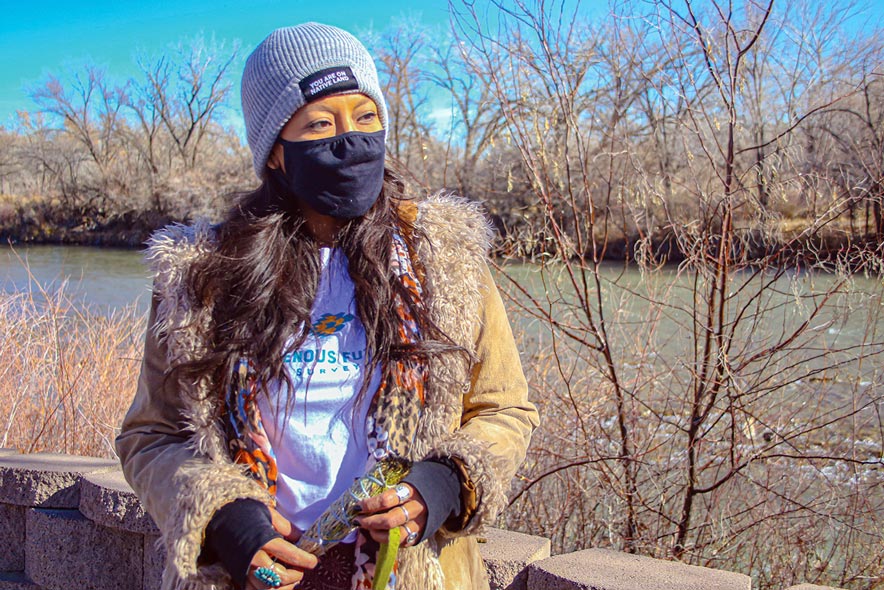 Navajo Times | Cyrus Norcross
Irvina Chee works in the Navajo Nation, for the Hopi Tribe, and as a representative for other tribes in Arizona.

On the Navajo Nation, Irvina Chee, an alliance fellow, works endlessly to get the Navajo people involved with the Indigenous Futures Survey.

“I believe it is important for Native people to participate in this survey because it is a huge opportunity to have their voices heard,” she said, “and to be a part of the movement of us reclaiming our data sovereignty.”

Data sovereignty is the idea that data is subject to the laws and governance structures within the nation.

Among alliance members, data sovereignty is a way to provide the people the power to voice their concerns with federal and tribal policy. Indigenous people are able to express their concerns to policy makers, rather than have policy makers determine what the issues are for them.

“Data sovereignty is Natives collecting data for Natives, to provide better opportunities for the future well-being of the people,” said Chee.

“The purpose of this survey is to gather information from all tribes across the United States in hopes to make changes in our people’s lives and Indigenous policies,” she said.

Chee has had a difficult time getting people to take to the survey due to the new variant of the coronavirus.

“It’s a big challenge right now with the new variant of COVID,” said Chee “It’s proving a little tough because I am not able to reach tribal leaders and the community as easily.

“I think tribal leaders need to take this survey,” she said, “I hope it would help our own leaders see and implement policy changes on our own Navajo Nation.

“I highly encourage our people to step into their power and use their voice,” she said, “and realize you are a revolutionary.”

Arianne Eason, Ph.D., an assistant professor with the University of California, was one of the researchers who helped create the 2020 survey.

Eason and her colleagues got the inspiration for the survey from the Black Census Project.

“We wanted to push back against the idea that Native people don’t exist anymore or that it is too hard to collect data,” Eason said, “therefore not to share Native people’s voices or experiences.

“We had an in-depth strategy spearheaded by Native Organizers Alliance in 2020, that focused on making sure we were going into Native communities,” she said/ “We felt that is was really important to go into communities and capture their voices and experiences so they can be represented.”

Eason helped create questions in the 2020 survey and for the current survey. Questions from the 2020 survey revolved around the impact of pandemic on the Indigenous people.

With the presidential election coming up, the survey shared what Indigenous people wanted to change in policies and how they felt their representation was lacking or invisible.

“We really wanted to make sure that we collected data that pushed back against the lack of narrative about issues of racism being relevant to Native people,” said Eason.

This year researchers from the University of Michigan and University of California Berkeley, and Native Organizers Alliance wanted to add new questions to the survey.

“We carried some of the old questions of physical and mental health,” she said. “We are looking forward to mid-term elections and what Native people’s priorities are.”

“But also one of the shifts that we see recently in the political landscape is the role of women in leadership positions,” Eason said, “We really want to understand how these roles may be changing in local, tribal and larger communities.”

By taking the survey, Eason believes it will help Native people and many aspects of daily life.

“For so long, people often would push Native communities aside, and say ‘Oh, It’s too small of a population,” she said, “I hope the survey demonstrates very clearly what Native communities need, what their priorities are and how society needs to change.”

“It is time non-Natives listen and take Natives seriously,” she said “I hope that is something the Indigenous Futures Survey makes clear for people, to make the changes Native people want for themselves.”