Navajo Transitional Energy Company will get $75 million in order to keep Four Corners Power Plant running, and Navajo leadership is aware of the deal. 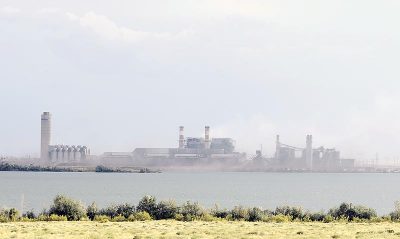 PNM Resources is committed to end its use of coal and will stay on the trajectory of abandoning San Juan Generating Station in 2022, and wants to sell its 13 percent stake in the Four Corners Plant. NTEC currently owns 7 percent of Four Corners.

Navajo leadership is aware of this deal. In an email from NTEC CEO Clark Moseley sent to President Jonathan Nez and Speaker Seth Damon, which was also sent to NTEC board members, Moseley gives an update of NTEC’s attempt to “seek, find, and finalize” an agreement to assume PNM’s power plant ownership on Jan. 1, 2025.

After a couple of searches for a suitable third party fell through it was recommended that NTEC not permanently acquire PNM’s interest due to limitation of voting rights. Later it was decided NTEC and PNM should proceed with transaction in order to meet PNM’s deadline.

It was only a year ago NTEC purchased Cloud Peak Energy Inc., which included three coal mines located in Wyoming and Montana. This purchase brought scrutiny from Navajo leadership, followed by months of discussion and presentations to Council. After much indecision on the part of council, President Jonathan Nez ultimately decided to terminate NTEC’s general indemnity agreement.