‘Because we love it’ 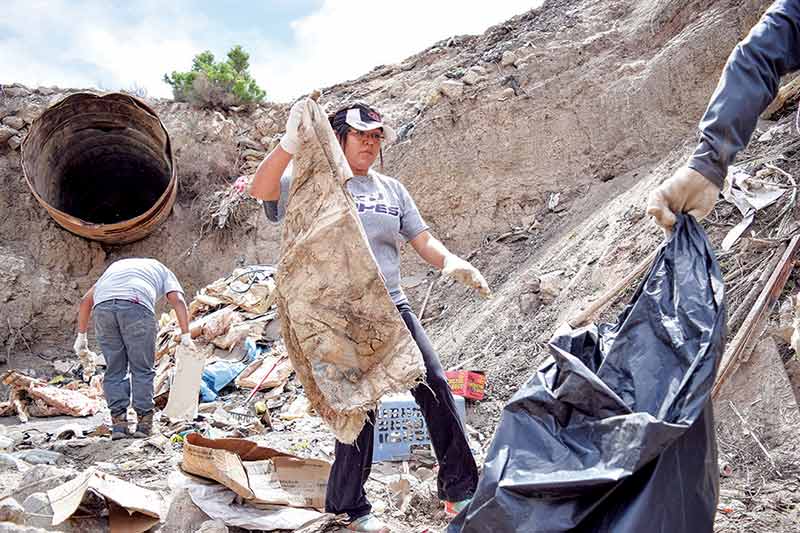 Navajo Times | Krista Allen Kristin Henry, 21, holds up a piece of old material as she walks to dispose of it on Sunday afternoon while conducting a cleanup at an illegal dumpsite near Kayenta. 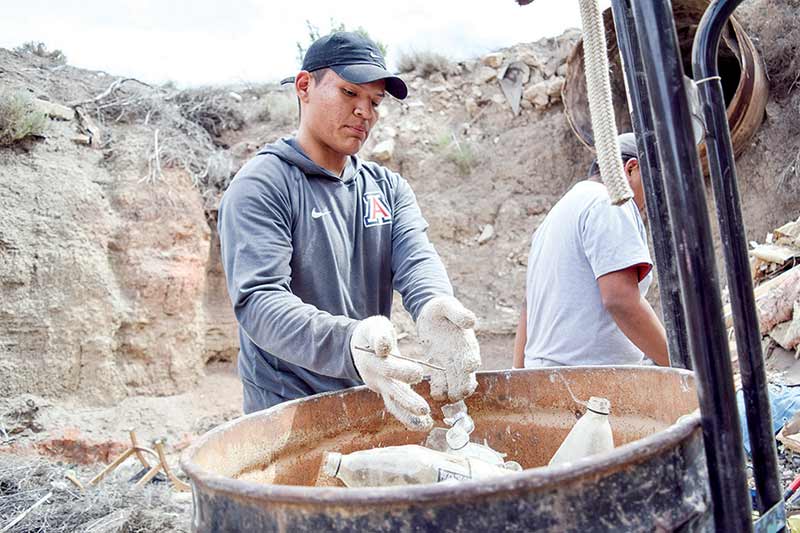 Navajo Times | Krista Allen
Keola Yazzie, 18, discards a handful of broken glass into a barrel on Sunday afternoon. Yazzie and other volunteers are cleaning up illegal dumpsites in Kayenta and have reclaimed 13 of 20 so far. 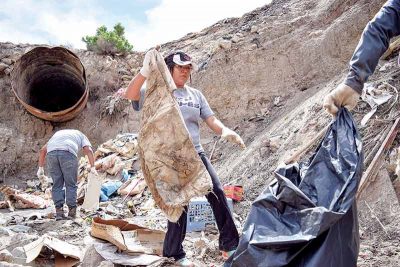 Navajo Times | Krista Allen
Kristin Henry, 21, holds up a piece of old material as she walks to dispose of it on Sunday afternoon while conducting a cleanup at an illegal dumpsite near Kayenta.

All these items and more are routinely and illegally dumped at one of 20 illegal dumping sites, all located northeast and southeast of the community.

“There’s all kinds of stuff down there, but people don’t see it,” said Alex Gilmore, a youth minister, who is more or less the new boss overseeing illegal dumps.

Illegal dumping, however, is one of the biggest and oldest problems in Diné Bikéyah. The Navajo Environmental Protection Agency website states that “there is always a dump site,” whether in a tourist area or near a residence. 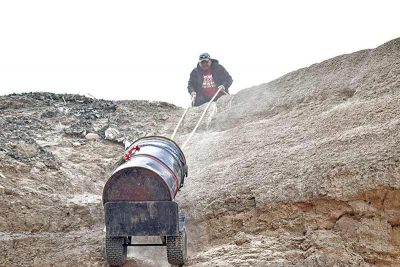 Navajo Times | Krista Allen
Alex Gilmore pulls up a barrel of waste from an illegal dumpsite on Sunday afternoon in Kayenta. This dump is located in a drainage area where some people have been disposing of waste for years.

Navajo EPA reports that its Criminal Enforcement Department officers have investigated hundreds of dumpsites and have found that “there are small sites … and there are large sites.”

If anyone is caught illegally dumping waste within the Navajo Nation, they are subject to fines and penalties such as being required to clean up a site, picking up trash alongside the roadways, among others.

“It’s laziness,” said Keola Yazzie, an 18-year-old senior at Monument Valley High School, who balances volunteer work with school. “Some people are too lazy, basically. They don’t want to pay for disposal.

“They see another route,” Yazzie continued, “and think, ‘Oh, no one drives through here so I’m just going to dump it here because it looks like someone else did it and I can do it too.’”

Yazzie, along with a small number of volunteers, recently helped Gilmore clean up a massive illegal dumpsite that they call “The Beast’s Lair” because of its size.

“There’s a smell,” explained Devin Henry, a 17-year-old junior at MVHS. “A rotting smell of dead animals. There’s chemicals, especially insulation fumes, in the air. Other than that, everything’s good.”