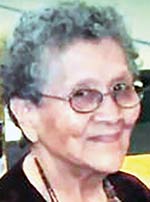 Shirlee is preceded in death by her parents, Margaret and Thomas Becenti; adopted parents, Minnie and Nelson Emerson; sisters, Mary Becenti and Rita B. Lizah; and brother, Eugene Becenti. 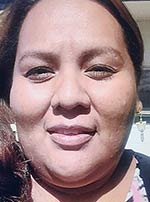 Charlena graduated from Wingate High School and was employed with Gallup McKinley County School as a C team volleyball coach. She enjoyed spending time with family and friends, traveling, fishing, watching sporting events, and was a team mom for the New Mexico Lady Titans.

Charlena is preceded in death by her brother, Thurman Yazzie. 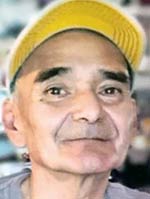 Mario graduated from Gallup High School in 1979 and started employment with Church’s and Days Inn where he met his wife Sharon. He also worked at Red Roof Inn, Lowe’s, and Phillips 66, but he loved his job as a supervisor with High Country Transportation until he retired in 2018.

Mario enjoyed word searches, building classic car models, puzzles, collecting coins, Joker items, Hot Wheel cars, and anything Seattle Seahawks. He loved spending his days with his wife and fur babies, taking walks, going for drives, and most of all, he enjoyed the company with his family and grandchildren.

Mario is preceded in death by his mother, Nancy Willis; and brother, Wilbert Samuels.

There will be no reception due to COVID-19. 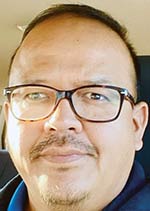 CHINLE — Graveside service for Craig Avery, 45, of Chinle, will be held Saturday, Jan. 15, at 10 a.m., at the Chinle community cemetery with Bishop Miller officiating.

Craig was born June 15, 1976, in Gallup, into the Honágháahnii (One-walks-around Clan), born for Tsi’naajinii (Black Streak Wood People Clan). His nalí is Tó’áhaní (Near the Water Clan); cheii is Kinyaa’áanii” (Towering House Clan). He passed away Jan. 6, 2022, at the University of Utah Hospital in Salt Lake City, Utah.

Craig attended Puerco Valley Elementary in Sanders, Arizona, and Washington Elementary in Gallup, Sanders Middle School; graduating from Valley High School in 1994. He then attended Diné College earning an associate in 2008 and Northern Arizona University earning a bachelor’s degree in 2012.

A drive-thru curbside reception will take place at the LDS Church in Chinle, following service.

Summit Mortuary is in charge of arrangements. 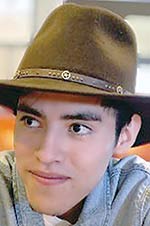 Deion is preceded in death by Dr. Henry T. Yazzie. 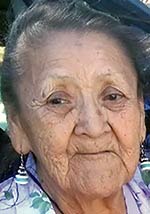 CHINLE — Graveside service for Helen M. Yazzie, 80, of Klagetoh, Arizona, will be held Friday, Jan. 14, at 10 a.m., at the Chinle community cemetery.

Genevieve was born April 8, 1959, in Rehoboth, New Mexico, into the Táchii’nii (Red Running Into the Water People Clan), born for Tsi’naajinii (Black Streak Wood People Clan). She passed away Jan. 4, 2022, in Farmington.

Genevieve earned an associate in medical science and enjoyed taking care of livestock, knitting, reading the bible, and spending time with family.

HOUCK, Ariz. — Funeral services for Andrew Chester Dennison, 81, of Sanders, Arizona, will be held Friday, Jan. 14, at 12 p.m., at the Navajo Assembly of God Church in Houck, Arizona, with Rev. Pete Cordova Jr. officiating. Burial will follow at the McCarrell Community Cemetery in Chambers, Arizona.

Andrew was born April 28, 1940, in Chambers, into the Honágháahnii (One-walks-around Clan), born for Kinłichíi’nii (Red House People Clan). He passed away Jan. 7, 2022, in Avondale, Arizona.

Andrew graduated from Albuquerque Indian School in 1960 and worked as an iron welder in Chicago, from 1960 to 1964. He also worked at Sanders Unified School District as a maintenance worker, bus driver, and supervisor from 1975 to 2005.

Andrew loved sports, especially basketball, swimming, and track and field. He never knew when to quit working and was always busy.

Andrew’s favorite teams were the Chicago Bulls and San Francisco 49ers. He enjoyed walking and spending time with his family and grandchildren. He was a godly man who loved the Lord with all his heart.

A reception will take place at the Nahata Dziil Chapter House, following services.

Irving is preceded in death by his parents, Marian and Francis Brady Sr.

John is preceded in death by his parents, Marie and John Tsinajinnie; significant other, Marcilena Nez; and four nephews.

Irvin earned a GED diploma and was self-employed as a sand-painter and part landscaper. He enjoyed sand-painting, playing pool, being a mechanic and landscaper, and told everyone to always push forward.

Irvin is preceded in death by his brothers, Allen Woody and Alfred Jim.

Honorary pallbearer will be Irvin B. Jim Jr.

A reception will take place in Wide Ruins, following service. 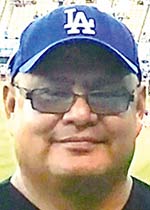 MANUELITO, N.M. — Funeral services for Eric Jay Thomas, 50, of Iyanbito, New Mexico, will be held Tuesday, Jan. 18, at 10 a.m., at the Church of God in Manuelito, New Mexico, with Dennis Thomas officiating. Burial will follow at Sunset Memorial in Gallup.

Eric attended Gallup High School and worked with Union Pacific Railroad for 30 years as a foreman until his passing. He liked spending time with family, watching the Los Angeles Dodgers, and cheering for the Raiders.

Thomas is preceded in death by Wilbur R. Nelson Sr.

Dewayne is preceded in death by his father, Toney Cadman Sr.