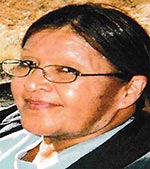 GALLUP — Funeral services for Joann Hubbard, 68, of Manuelito, New Mexico, will be held Friday, Nov. 12, at 1:30 p.m., at the Lighthouse Church in Gallup, with Pastor Agnes and Alvin Cayatineto officiating. Burial will follow at the Gallup City Cemetery.

Joann’s main occupation was in the restaurant business as a waitress/carhop. She loved to crochet and read the Bible.

Joann is preceded in death by her son, Famous Hubbard.

Honorary pallbearers will be Kyle Joe and Tyshi Hubbard. 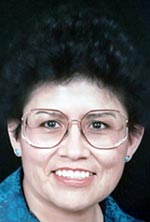 GALLUP — Funeral services for Rita Begay, 68, of Lupton, Arizona, will be held Wednesday, Nov. 17, at 10 a.m., at the Rollie Mortuary Chapel in Gallup. Burial will follow in Picuris Pueblo, New Mexico.

Rita graduated from Intermountain High School and earned an associate in accounting. She enjoyed cooking, reading, doing jewelry and silversmith work, and spending time with her grandchildren. 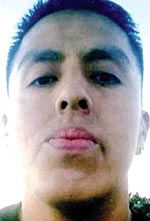 HOUCK, Ariz. — Funeral services for Myron E. Gordon, 38, of Houck, Arizona, will be held Friday, Nov. 12, at 10 a.m., at the Good News Church in Houck, with Rexson Spean officiating. Burial will follow in Houck.

Myron attended Highland High School in Salt Lake City, Utah, and at 16 years old he started working as a cook at Cinegrill in Salt Lake City for eight years. He also worked as an ironworker for three years in Phoenix, and independent contractor in 2009.

Myron enjoyed playing basketball, drawing, building anything he could get his hands on, and witnessing to people on the street. His motto was “One”.

Kitty was a perfect example of humble selflessness and tenacity. She was a health care worker until she recently retired.

Kitty has always taken care of her young nieces and nephews. Many people have expressed their love for her and how they will miss her easy smile.

One of Kitty’s greatest joys was being with family. Her father was a Navajo Code Talker in World War II and her mother was a weaver.

Kitty filled her life with children who needed and loved her. She loved her work as a nurse and enjoyed playing pool. We often teased her about being a pool shark. She would gently smile and say nothing. We will miss her. She made a powerful impact on those lives she touched.

Kitty is preceded in death by her parents, Meda and Martin Napa; and sister, Madeline Etsitty.

Donations can be made directly to Summit Mortuary or to Wells Fargo (Funeral Fund for Pearl Kitty Napa, account number: 3963951227).

Summit Mortuary was in charge of arrangements.

Ricardo was born Nov. 27, 1968, in Huntington Park, California. He was a member of the Navajo Nation of the Tódích’íi’nii (Bitter Water Clan), born for Mą’ii deeshgiizhinii (Coyote Pass Clan). He passed on Nov. 1, 2021, in Chandler, Arizona.

Ricardo graduated from Monument Valley High in Kayenta, Arizona, in 1986. He enlisted in the U.S. Army and served in Desert Storm. In the military he was trained as a generator technician and was honorably discharged in June of 1991.

Ricardo earned a certificate in automotive tech and became a journeymen electrician. At the time of his death he was employed with SRP, Coolidge Generating Station.

Ricardo is survived by his wife of 26 years, Becky Nave-Cling; parents, Billy and Mae Cling of Shonto, Arizona; brothers, Marvin Cling (Kate) of Sipayik, Maine, Billy Cling Jr. (Danielle) of Clinton, Oklahoma, and Michael Youngbear of Denver; sisters, Kim Blackburn (Tony) of Venison, Texas, and Tisha Cling (LeManuel Kescoli) of Salt Lake City, Utah; and was much beloved by many nieces and nephews.