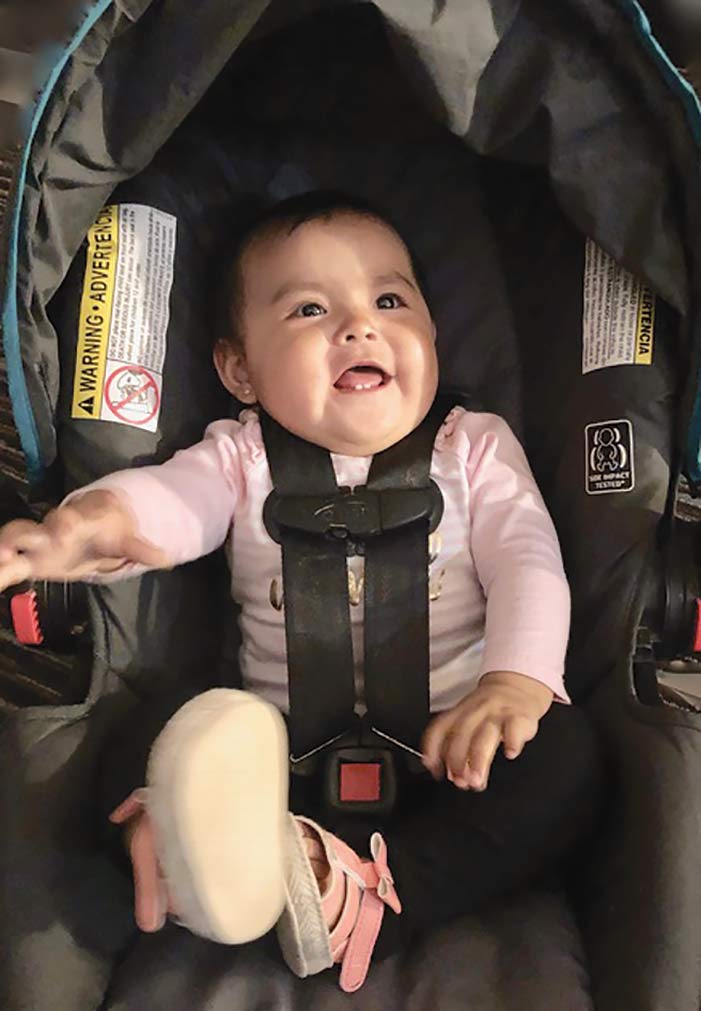 A baby enjoys a car seat of the type donated to Buckle Up Navajo Newborns. The program is hoping to raise enough money to get 38 more car seats on behalf of the Winslow High School Class of 1964 by the class’s 55th reunion on Aug. 9.

The Winslow High Class of 1964’s effort to collect 100 infant car seats to be distributed to Navajo expectant mothers got a huge boost last month when a nonprofit dedicated to accident prevention on the Navajo Nation stepped in to help.

In just a few weeks, the number of collected car seats went from 18 to 68, boosting Navajo Newborns Need Safety Seats to 68 percent of its goal. “Barbara’s involvement changed everything,” said Jerry Sanchez, organizer of NNNSS and the class’s upcoming 55th reunion. “We had the drive, but we needed someone who knew what they were doing.”

Barbara Crowell Roy, founder of Eve’s Fund for Native American Health Initiatives, which bankrolls the accident prevention program ThinkFirst Navajo, said she was happy to help. She commended Sanchez for his commitment and his efforts so far.

“In spite of the challenges of trying to deal with bureaucracy on the Navajo Nation, Jerry was successful in getting 18 new car seats donated (and) distributed to 18 expectant mothers who were carefully instructed on installation and use,” Roy said. But with her years of experience running a nonprofit, Roy could immediately see some things NNNSS could be doing better.