4-H champ not selfish with secrets for success 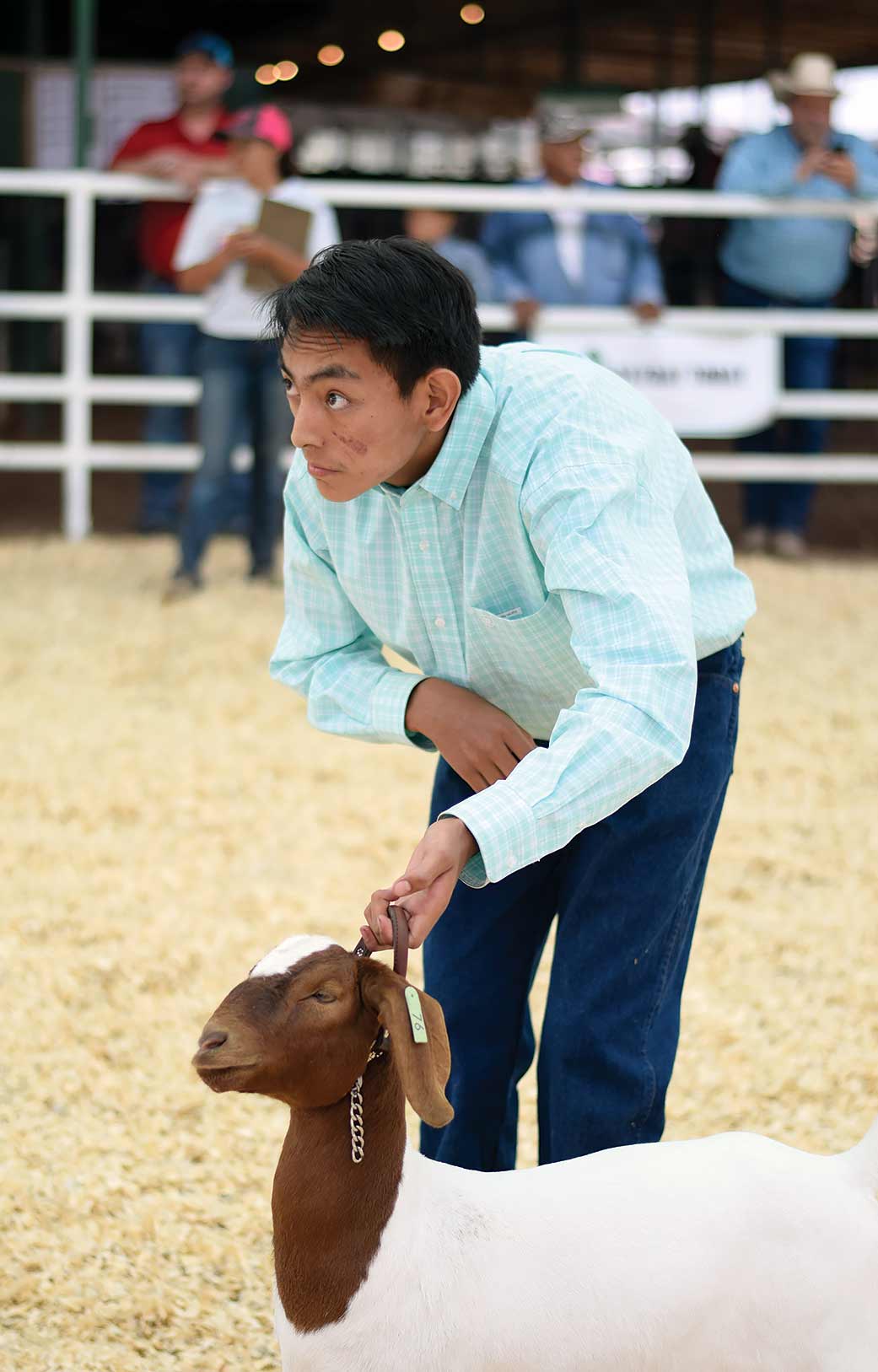 Dally Carlisle, 17, keeps his eyes on the judge as he shows a goat in the showmanship round in the round-robin competition on Saturday in Window Rock.

During a typical summer day, Dally Carlisle, 17, wakes up at 5 a.m. to run his market lamb about a mile and a half.

“Then, I work on showmanship with each lamb for an hour,” Carlisle said. Carlisle is a fifth-generation Bowman rancher and a competitor in 4-H.

This past weekend during the Navajo Nation Fourth of July Celebration in Window Rock, he won the showmanship grand champion for market lamb. He also won the champion award for showmanship in the round-robin competition. “I like the feeling of success just because I know how hard I work, but also I want to humble myself because showing is one man’s opinion on any given day,” he said. “A different judge on a different day will have a different preference.”

However, Carlisle does a lot of hard work to be competitive in 4-H. He monitors the weight of the lamb, washes it and feeds it all on a daily schedule. After his daily workouts (Carlisle is also a cross-country runner), he helps younger 4-H kids with their animals. “I help coach them,” he said. “I help them with showmanship along with their feed program.”