A naat’aanii, hataalii, destined to serve 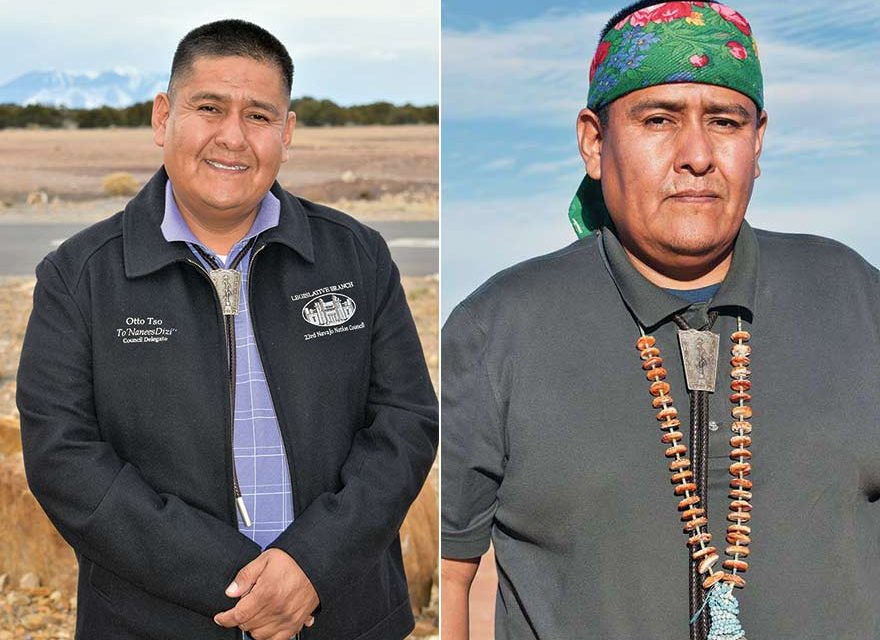 Delegate has passion, compassion for the people

Otto Tso moves between worlds with disarming ease and skill, guided by the principle of helping his people.

His mother once told him, “You’re only here to do your part in this world, so don’t deviate from your purpose, why you were put here,” said Tso.

As a Navajo Nation Council delegate, he can be found on the front lines of politics fighting for To’Nanees’Dizi’s “fair share” in Window Rock and voicing the concerns of his community.

As a medicine man, he is a leader, teacher and mentor to many. His energy and enthusiasm stand out as unique and special.

The forty-three year-old naat’aanii and hataalii wanted to be interviewed in his homeland, where he was born and raised.

He has a love for the land that he calls his “playground” with the Grand Canyon as his “back yard,” that he wanted to share.

On a cool, quiet winter morning with the smell of burning wood in the air, Tso was on Day 7 of a 10-day Night Way Ceremony. After a long year of service as a delegate in a conservative environment, it was evident he was happy to be among friends and family attending to the lighter side of his life.

Tso grew up as an only child with his mother Irene Tso. They lived with his well-known grandparents Emmett and Faye Tso in a home that was always busy with people stopping by and visiting.

“My mom always had a pot of stew on the stove,” said Tso. “She cared about helping out those less fortunate. She would feed them and make sure they were OK. She had a big heart.”

His grandfather was at one time a Council delegate for Tuba City and his grandmother a famous potter, so a young Tso was privy to all sorts of interesting activities and conversations shared in the home. He was also expected to be productive, doing chores and contributing to the household.

“I was very fortunate to have elders around every day,” he said.