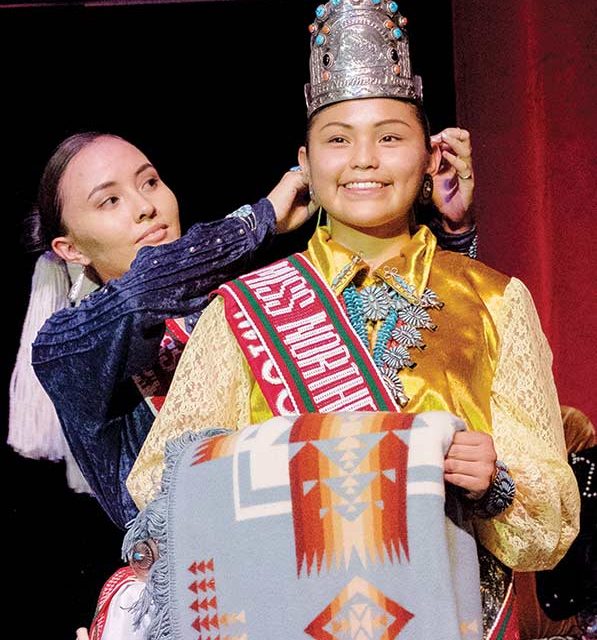 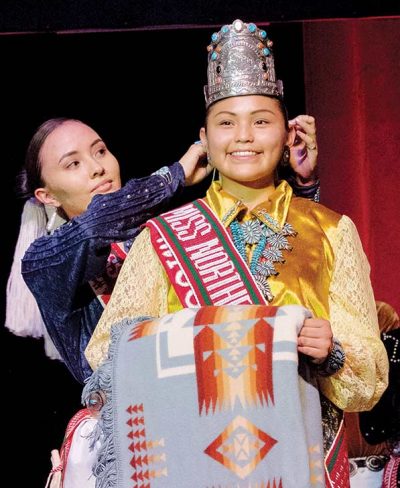 Ariana Roselyn Young, the reigning Miss Northern Navajo Teen, has traded in her crown for a more prestigious one.

“This is going to be back-to-back service,” a radiant Young said after the coronation ceremony. “I just want to keep improving myself, keep pushing the next generation to learn language and culture, keep meeting new people and keep traveling.”

Young, of Teec Nos Pos, Arizona, juggled her duties as Miss Northern Navajo Teen with a full load of classes at San Juan College, where she has a double major in Native American studies and criminal justice. She’s also pursuing a minor in public speaking.

“During the year, I learned how to speak more openly,” she told an audience that gathered for the coronation Friday at the Phil L. Thomas Performing Arts Center. “I learned to sing the national anthem in Navajo and I was able to teach the Navajo language across the country.”

Young competed for Miss Northern Navajo on a platform of “self-awareness through k’e.” She said she wants to continue her service without missing a beat. “Being a royalty is not about the glitz and the glam,” she said. “It’s being able to stand up here and talk about the problems in the communities.”