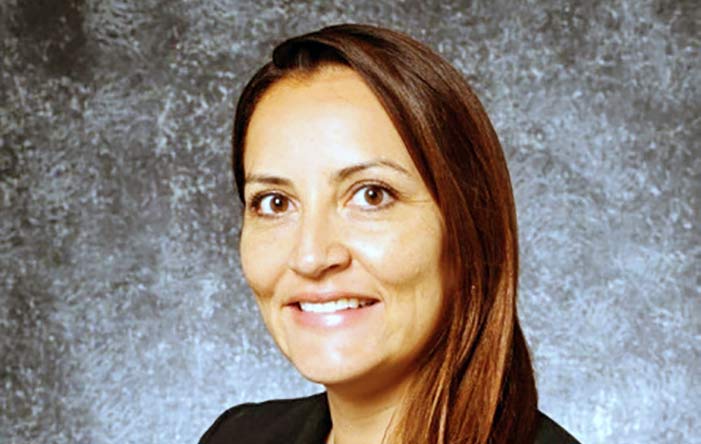 Sunshine Suzanne Sykes, an enrolled member of the Navajo Nation, was nominated by President Joe Biden to become the judge for the U.S. District Court for the Central District of California.

From 2001 to 2003, Sykes was a staff attorney for California Indian Legal Services. From 2003 to 2005, she worked as a contract attorney for the Juvenile Defense Panel at the Southwest Justice Center.

From 2005 to 2013, she served as deputy county counsel for Riverside County.

Doreen McPaul, Navajo Nation attorney general, said, “Native American representation on the bench is critically important because it makes us feel like we are also full participants within the federal judicial system.

“Her accomplishments also demonstrate to Native law students that it is possible to achieve your ambitions in the justice system,” McPaul said. “Yéígo Judge Sykes.” 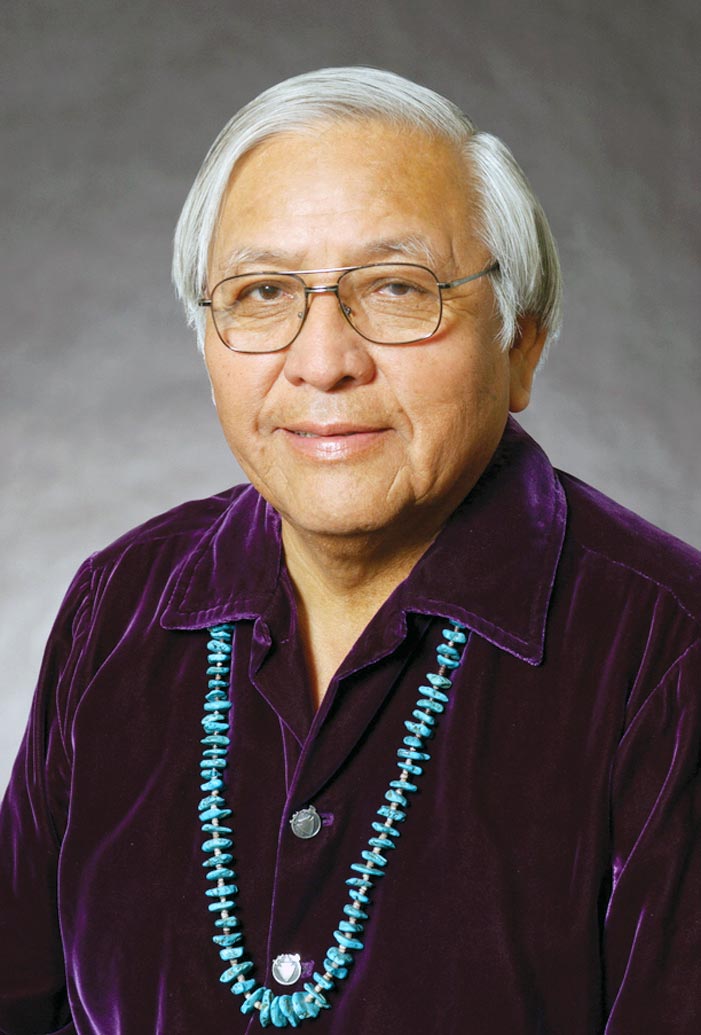 FLAGSTAFF – The Grand Canyon Trust will give its Lifetime Achievement Award to Peterson Zah, former Navajo Nation chairman and president, on Jan. 11 in a Zoom event.

Born in 1937 in Keams Canyon, Arizona, Zah devoted his life to service of the Navajo people.

At the age of nine, he was taken from his family and sent to the Phoenix Indian School. After graduation in 1960, he attended Arizona State University on a basketball scholarship. He earned a bachelor’s degree in education in 1963.

Zah worked in Phoenix until 1967 when he became director of Dinebeiina Nahiilna Be Agaditahe (DNA), or “Lawyers Who Contribute to the Economic Revitalization of the People,” People’s Legal Services.

During the 10 years he served with DNA, his lawyers took several cases that strengthened tribal sovereignty to the U.S. Supreme Court.

Zah served on the first all-Navajo school board at Window Rock and became its president in 1973. He hired more Navajo teachers and restored knowledge of tribal history. He pushed to have the Navajo language taught in all classes.

In 1995, he became an advisor to the president on American Indian Affairs at Arizona State University and led efforts to increase enrollment, retention and graduation rates of Native students. His leadership and accomplishments were recognized with the award of an honorary doctorate from the university.

Grand Canyon Trust is a nonprofit that works to safeguard the Grand Canyon and the Colorado Plateau, while supporting the rights of Native peoples.
To access the Zoom event: https://us02web.zoom.us/j/83197071336

The event will be recorded and shared on the Grand Canyon Trust’s Facebook page.

Haudley appointed to CACTIS Foundation board of directors

PHOENIX – The CACTIS Foundation on Dec. 14 announced the appointment of Charlinda Haudley, Ph.D., to its board of directors.

Haudley is an enrolled member of the Navajo Nation and currently works in the office of Sen. Mark Kelly, D-Ariz.

Prior to her current position, she worked in the Office of Diversity and Inclusion at the University of Arizona.

Haudley earned a doctorate in higher education in May 2021 from UA. She also holds a master’s in education from the University of California-Los Angeles and a bachelor’s from UA.

In 2020, Haudley was honored with the 40-Under-40 Award from the Tucson Hispanic Chamber of Commerce. In 2019, she received the Maria Teresa Velez Diversity Leadership Award for her commitment to furthering diversity in education, higher education, and the community at large.

“In recruiting and naming Dr. Chaudrey to the CACTIS board, consideration was given to certain priorities, particularly CACTIS’ commitment to diversity and inclusion,” said Dr. Hirsch Handmaker, chairman and CEO of the CACTIS Foundation.

The CACTIS Foundation is a community-based nonprofit that works on traumatic brain Injury, or concussions, and advancing the diagnosis, treatment, and prevention of disease through research-based preclinical and clinical programs, early phase trials and Continuing Medical Education. 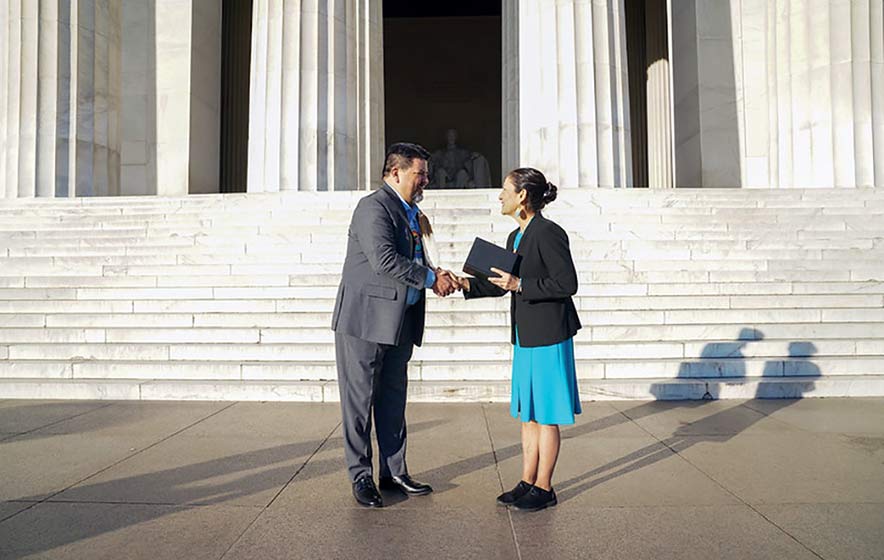 WASHINGTON — Charles F. “Chuck” Sams III was ceremonially sworn in as director of the National Park Service by Secretary of the Interior Deb Haaland on Dec. 16.

Sams is the first tribal citizen to lead the agency, which has been without a Senate confirmed leader for nearly five years.

Sams said, “I have no doubt that together, we’ll be able to expand access to the outdoors, protect America’s public lands, and upgrade our nation’s infrastructure system through the Bipartisan Infrastructure Law.”

A U.S. Navy veteran,?Chuck is an enrolled member, Cayuse and Walla Walla, of the Confederated Tribes of the Umatilla Indian Reservation in Oregon, where he lives with his wife and four children.

Chuck has worked in state and tribal governments and the nonprofit natural resource and conservation management fields for more than 25 years.

He holds a bachelor’s in business administration from Concordia University-Portland and a master’s in legal studies in Indigenous peoples law from the University of Oklahoma.

At his swearing-in ceremony, Haaland said, “Everyone should have access to the outdoors no matter where they live, how much money they have, or what their background is.

“Chuck Sams understands the importance of connecting people to nature, and I am thrilled to work with him as the Interior Department works to make our national park system accessible to all Americans,” she said.

The award honors the contributions of individuals or organizations that empower Native storytellers in public media.

In 2006, Blythe, Eastern Cherokee/Sisseton Wahpeton Dakota, executive director of Vision Maker Media, announced his retirement after serving as the organization’s first executive director for 30 years. The award was then established that year.

Blythe said, “Ron Hull was one of the early supporters and always a good advocate for Vision Maker Media to Nebraska Public Media.”

Mark Leonard, general manager, Nebraska Public Media said, “Ron Hull has been at the beginning of so many great things in public broadcasting, including the creation of NAPBC in 1972, now known as Vision Maker Media.

“His passion for history, culture and arts has infused all of Ron’s work in public media,” he said.