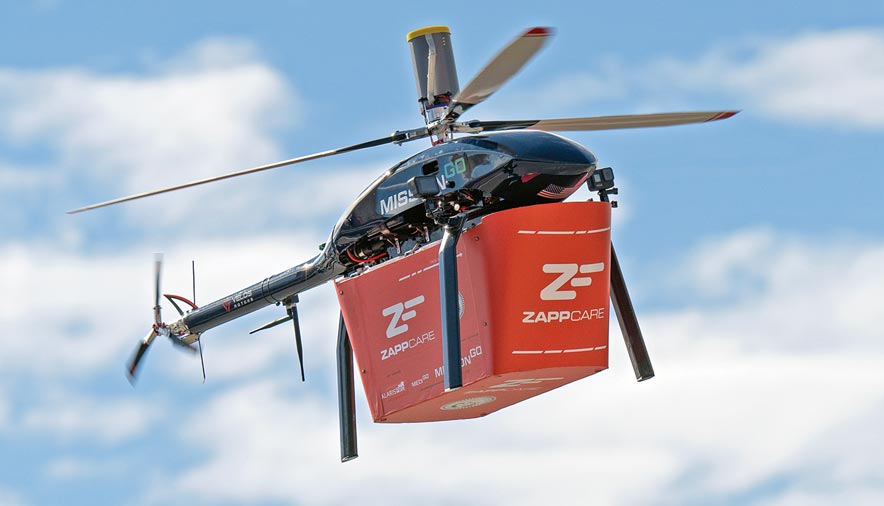 Navajo Times | Donovan Quintero
A drone dubbed “Healing Eagle Feather” takes off with a box containing essential items during a demonstration at the Navajo Veterans Memorial Park in Window Rock on Saturday. ZappCare and MissionGO gave a demonstration how drone technology could be used to deliver medical supplies and other essential items during an emergency on the reservation.

On Saturday, ZappCare, a Native American-owned company, and MissionGo launched the first-ever drone demonstration at Veterans Memorial Park in Window Rock to show how it can deliver medical supplies other essential items to residents living in remote areas. 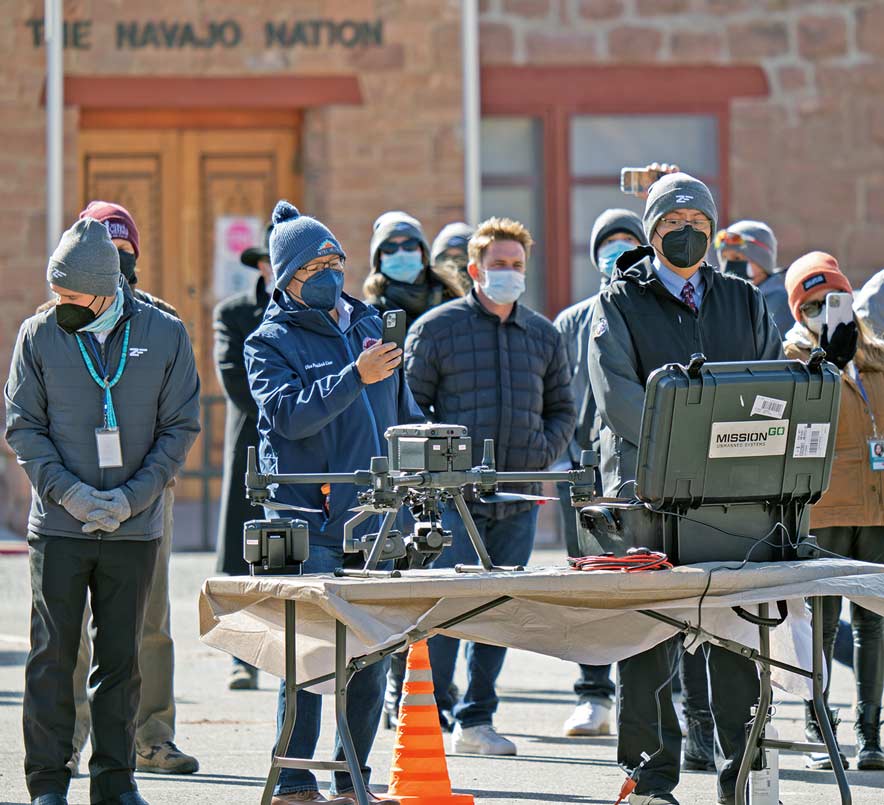 This allows a small team of operators to manage each drone, saving valuable time and resources in emergencies on the Nation.

With a more than 20-mile flight radius and the ability to capture live video and solar-powered technology, each drone can follow flight paths in different weather conditions.

This technology could be used to improve rural addressing and geological surveying and perhaps to deliver ballots to increase voting access.

Drones were used this past summer to assess flooding damage caused by monsoons in the Birdsprings, Arizona, community and to monitor a wildfire in Shiprock.

Joining the MissionGo flight team for observation was Navajo Technical University senior and industrial engineering major Marcie Vandever. Company officials said they would train Diné, such as her, to operate drone technology teams in the future.