By Rachel Frazin
The Hill

Wahleah Johns is drawing from her personal history as she helps to guide Native American tribes through the transition to clean energy.

“My home is two miles from one of the largest coal strip mines in the Southwest, and I have seen how intense it’s been on our land and our community,” Johns, head of the Energy Department’s Office of Indian Energy Policy and Programs, said in a recent interview with The Hill.

“We have seen the impacts of the drawdown of our only groundwater source,” she added. 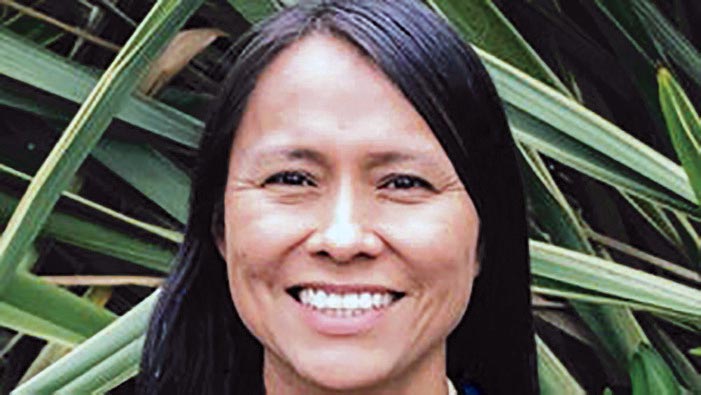 Courtesy photo
Wahleah Johns is the head of the U.S. Energy Department’s Office of Indian Energy Policy and Programs.

Johns has her work cut out for her: Tribes have relied on fossil fuels for years, with many employed in the sector.

She said the coal mine near her home was of great importance to the economy of her Navajo Tribe and others, adding that she had several relatives who worked there.

Johns said she witnessed her family working to supply coal to faraway places while tribal members had no electricity.

“And yet, you come to my home, no electricity, no running water,” she said, “and so there’s an environmental injustice here.”

Johns wrote in a New York Times op-ed last year that she was raised half on and half off the reservation, going between her grandmother’s ranch in Black Mesa, Ariz., and a town called Winslow, Ariz.

In that piece, she decried the reservation’s “lack of basic services,” which she blamed on “treaties and federal policies (that) dictate how we live and have created red tape that makes it hard to get things done.”

The Biden administration, which announced Johns’ appointment in January, is pushing for a transition to clean energy as the leading part of its efforts to take on climate change, with President Biden repeatedly stressing the job opportunities that come with the shift.

But as jobs in new energy sources and technologies are created, others are expected to be lost by fossil workers.

Johns said that she has received some pushback from those who work in fossil fuels, but added the administration is working to ensure “we’re not leaving anyone behind.”

“I get to talk to many tribes as well that do still have a coal economy, an oil economy, and they understand many times it’s the market that has had an impact,” she said.
Johns hopes the clean energy economy grows in a way that bridges “community with industry” and includes local guidance.

Working on tribal issues with the federal government can be a bit of a balancing act, and Johns said she wants to make sure that she’s respectful of tribal sovereignty and lets the tribes take the lead.

“They take the lead in what they want, how they want to be supported, and … part of the mission for our office is to support tribes to have the sovereignty and self-determination to decide what type of energy projects they want to pursue,” she said.

Johns said that the job involves a lot of listening to what tribes want and making sure they’re aware of funding opportunities.

“We’ve hosted two listening sessions and engagements in the past two to three months,” she said.

“We’re doing a study to look at energy access and reliability … that’s focused on identifying the homes and communities that don’t have access to power today,” she added. “We are updating this analysis of Indian Country so that we can help to leverage more resources to these regions and rural areas.”

She noted that some of the outreach has been hampered by the coronavirus pandemic, but said that once the situation improves, she hopes to “meet tribes where they’re at,” hold workshops and provide more technical assistance and education.

And the scope of the Office of Indian Energy Policy and Programs isn’t just clean energy. Asked about oil and gas, Johns said it provides technical assistance for those as well.
But of the 190 projects the energy office has helped to deploy over the past 10 years, she said most have been related to renewable sources.

Johns leads a team of 13 people in the office, which formally opened in fiscal 2011.

Her tenure there comes as Biden has pledged to deliver 40% of the benefits of its climate and clean energy investments to those who have been historically disadvantaged.

And this isn’t Johns’ first gig in Native energy issues. In 2016, she founded an organization called Native Renewables, which aims to bring solar energy to tribal communities.

She said that in her work at the Energy Department, she has found herself particularly connected to the struggles of rural communities.

“Some of the stories that I’ve heard that I’m always drawn to are the rural, remote places like villages in Alaska where they are paying a lot more for power than the average American,” she said. “Our people go out into the communities and they do technical assistance to help troubleshoot some of the existing infrastructure.

“With our program, we’ve invested in the hardware to help support climate resiliency in tribal nations and each investment has a story in the way that they are building more resiliency for their tribe,” she added.