‘We are the owners now’: Pandemic sets the stage for new generation at Ed’s Café 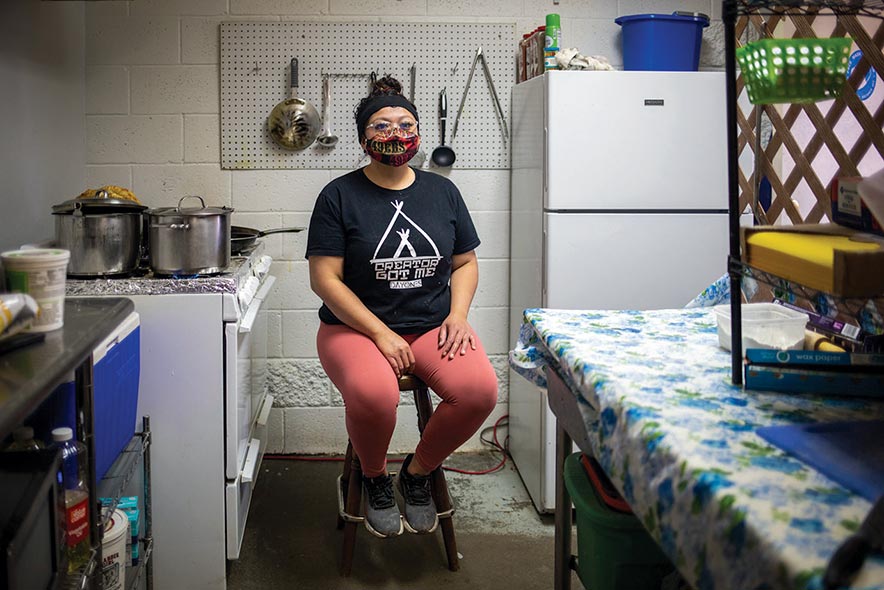 A year ago, the well-known Ed’s Café on Mutton Alley was still owned and operated by Mariah Dooline’s grandmother but a year later the 28-year-old has taken over.

A lot can happen in a year, especially during a global pandemic. As COVID-19 hit the Navajo Nation, life as we all knew it changed.

For Dooline and her family, the change happened when her grandmother Sadie Dooline’s food stand, which has been around since the mid-1980s, had to abruptly close. It wasn’t only her food stand but the entire row of food stands at the Chihootsoi Flea Market in Window Rock, not to mention the flea market itself.

“It’s been closed for a whole year,” said Dooline. “Since we’ve opened it’s been good. A lot of our customers have been coming back slowly.”

Dooline said there was a sudden announcement that food stands were able to open nearly a month ago. By this time her grandmother had moved to Phoenix with her daughter, and was planning on shutting down the stand, which has become a staple in the Window Rock area. 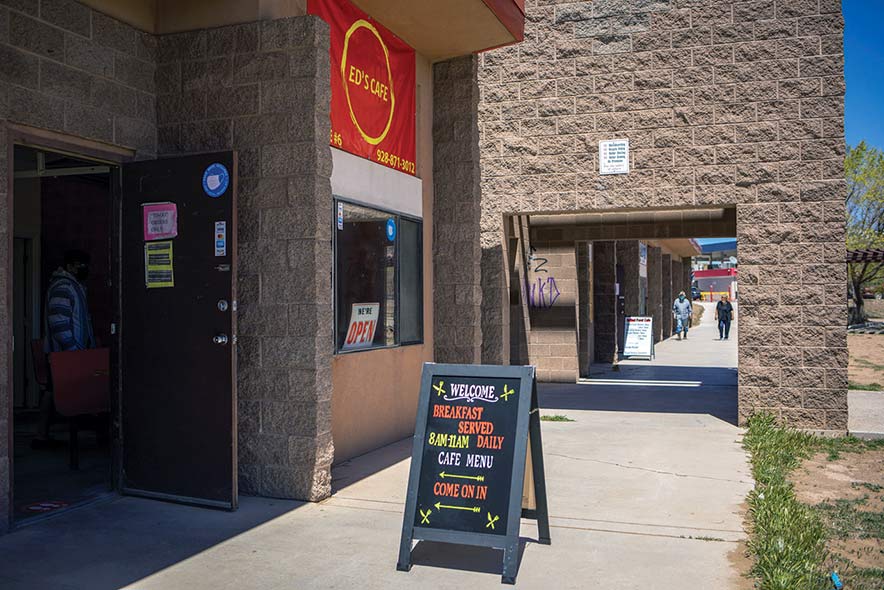 Not only a staple for customers who have enjoyed her mutton fajitas and other signature plates, but the food stand was a significant part of Dooline’s upbringing. At only 28 years old, Dooline decided that she, with the help of her siblings, would pick up where their grandmother had left off.

At one point, Dooline said, Sadie told her to start packing up and taking things out of the food stand so she could shut it down. Apprehensive at this request, Dooline expressed her resistance to this decision.

“She said ‘OK, you can take over and run it, if you can,’” said Dooline. “I said, ‘I can.’ It was just me, but I brought my older brother, Elvine Dooline, in. He lives in Tucson but he’s planning to come back on weekends to help out. We are the owners now.”

Before there was just Sadie manning the booth, there was Sadie and her son Edison, Ed for short and the namesake of the food stand. Edison Dooline, who was also an archaeologist, had opened the food stand with his mom. In the early 2000s Edison passed away, but his name continued on.

“I was all ‘I don’t want to close it down,’” said Dooline. “This is the only thing we have left of my uncle. We were close to him when we were little. We were kids but I remember him being around all the time. He would take me to survey the land and stuff.”

During the year of the pandemic, tragedy hit hard as it claimed 1,262 Diné lives of the 30,371 infected. There have been 16,477 who have recovered, but many of those now live with the health effects of once having COVID-19.

Sadie lost her sister, brother and his wife to COVID-19, said Dooline.

Sadie’s late sister used to work at the food stand, and this loss was a painful one for Sadie, who Dooline said hasn’t stepped foot inside the food stand since its closure.

“I would work here with my grandma and her sister,” said Dooline. “But her sister passed away from COVID. She wrote all the menus, and when I came back her writing was everywhere. I kind of cried a little bit, but we had to take it all down.”

Since the food stand was Dooline’s source of income, she said the closure was tough but eventually she was able to get a job with Census 2020.

But now that she’s back in business, she’s the one hiring and she pays $10 an hour.

One would think taking on a family business that has been around for over 30 years would be daunting to anyone. But Dooline is ready.

Having been around the food stand business for most of her life, even having her own food stand up during the Navajo Nation fair, she has watched and learned from her grandmother, and knows for the most part what to expect.

“I now can do stuff the way I want to do it,” said Dooline. “I like being the boss, telling people what to do and how I want it.”

The changes to Ed’s Café are already noticeable, such as the missing Women of the Navajo and other Native calendars that used to adorn the walls. They were told to take down everything from the walls.

But, in place of the vintage calendars and other decorations, Dooline’s brother came in and painted the walls red. They also plan to paint the floors. This is the beginning of the new look for a new generation of Ed’s Café.

Of course, the food stands still in operation aren’t seating people – it’s all pickup orders. The menu is also different with fewer items available; this limitation is an enforced mandate on all food stands.

Dooline said they want to have curbside pickup soon. They plan to get new stoves, replace the refrigerator, and put in the fountain drink machine they just purchased.

Dooline said her older brother and sister went to school for culinary arts, and they hope to one day expand Ed’s Café from being a food stand to a regular restaurant.