Matthew Cornelius Jr., from Zuni, a Pima Community College student in Tucson, donated the $1,000 prize for being named New Mexico’s 2021 Gatorade baseball player of the year to the Zuni Youth Enrichment Project. 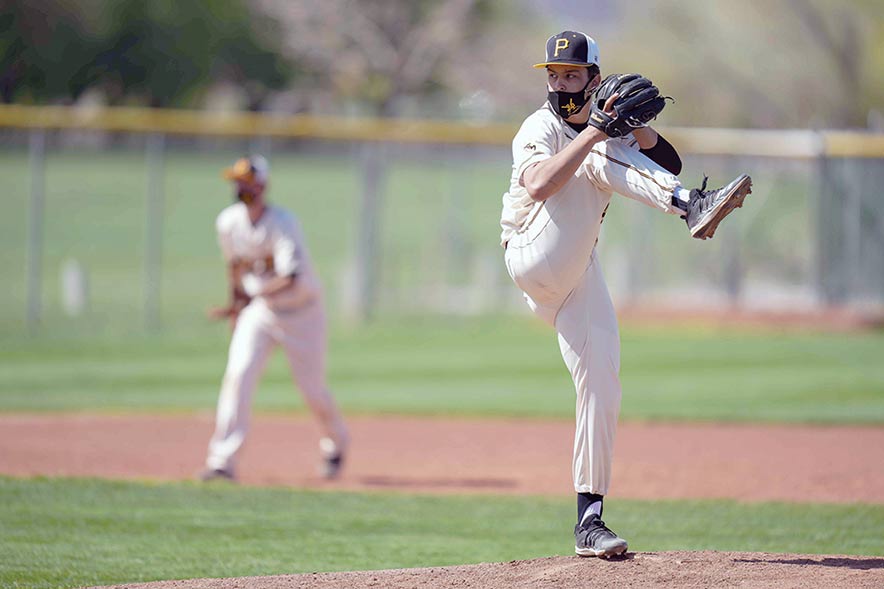 Courtesy photo | Cornelius family
Matthew Cornelius Jr., from Zuni, pitches for St. Pius in Albuquerque. Now a student at Pima Community College, he donated the $1,000 prize for being named the 2021 New Mexico Gatorade player of the year to the Zuni Youth Enrichment Project.

Cornelius was an ace pitcher for St. Pius in Albuquerque. Pima recruited him for its baseball team.

He said, “ZYEP was my first choice for the donation because they bring the community together. They build connections between coaches, counselors, and kids, and give the kids older people to look up to.”

“There’s really nothing else in Zuni that’s like that,” Cornelius observed. “Positive role models can be hard to find. Kids really look forward to being with their friends and mentors at ZYEP. I was one of those kids, and I still talk to those people, to this day.”

He is the youngest of three children. His two older sisters also attended ZYEP programs and eventually served as summer camp counselors.

One sister is attending Dartmouth University right now; she plans to become a teacher.

The other sister works at the Zuni Comprehensive Health Center with their mother. Their father works for the Zuni Public School District.

Cornelius will study for a degree in architecture.

TSAILE, Ariz. – A former Diné College Warrior and alumnus Triston Black was named one of 14 Arizona nominees for the National Association of Secretaries of State John Lewis Youth Leadership Award. 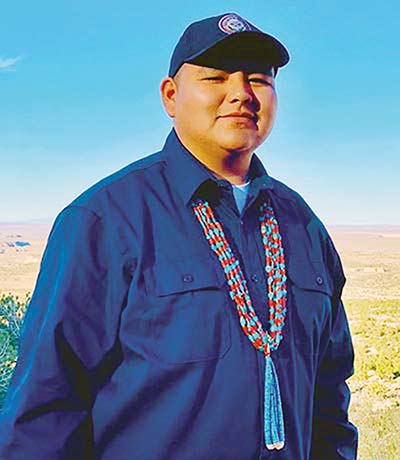 Black graduated from Diné College in 2020 with a bachelor’s degree. He then earned a master’s in Indigenous education from Arizona State University.

He is an emerging artist in moccasin making and silversmithing.

Black has served in several leadership roles such as the Navajo Nation Youth Advisory Council.

In February 2021, Black was appointed to the Indigenous Youth Council for the New Mexico Indian Affairs Department.

The John Lewis award was created to honor the life and achievements of the late congressman. The Arizona secretary of state’s office?announced the?winner of the award on Tuesday.

MOAB, Utah – Canyonlands Field Institute and Astral Designs on Tuesday hosted a discussion about the Native Teen Guide in Training Program on the San Juan River.

Guides and past participants of the program answered questions about the impact and experience of connecting to the landscape along the San Juan River.

The weeklong Native Teen Guide in Training program was designed to provide professional training in technical river skills, create connections across Native youth from tribes and communities, and instill an emotional connection to nature.

The members of the class represent 43 U.S. states and territories, including Puerto Rico and the District of Columbia, and 29 countries, and is also one of the most diverse and competitive classes ever admitted to Lehigh.

Lehigh is thrilled to count Lauren among the 80,000-plus members of the Lehigh family.

Complete application by Jan. 15, 2022 and the $65 application fee will be waived. For information, email Janelle Doughty at janelle.doughty@du.edu or visit www.du.edu/socialwork/fourcorners.