In or out of your comfort zone? Chief Manuelito scholars take both tacks 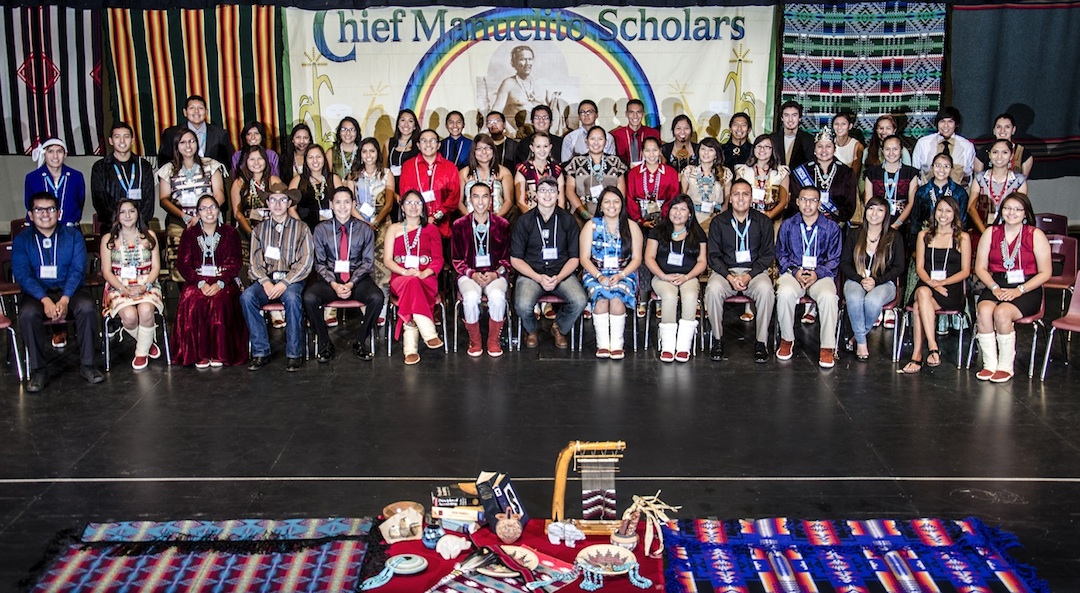 Dillon J. Nockideneh, a graduate of Page High, will continue his education at Utah State University-Eastern.

Holbrook High graduate Jayne A. Sandoval, who will attend Northern Arizona University in the fall, earned a Chief Manuelito scholarship during an awards ceremony held June 25 in Pinon, Ariz.

Kendra L. McCabe, who graduated from Fort Thomas High, will attend Yale University in the fall.

Terri M. Etsitty, who will be attending Fort Lewis College in the fall, graduated from Monument Valley High and earned a Chief Manuelito scholarship.

It’s not failure that will hold you back in life. But fear of failure — that will get you every time.

“Before my freshman year at Dartmouth,” Claw said after the ceremony, “fear of failure was my biggest fear. Now I know I can fail and survive.”

Actually, she didn’t fail, but she came darned close. The former straight-A student at Chinle High School and Gates Millennium scholar was shocked when, after attending every class and getting extra tutoring, she still pulled a D in her first college math class at the Ivy League school. It was like a punch to the gut, and she considered dropping out.