A year of gains for Navajo women

Navajo women have always been the center of our culture and our families. Our clan system is proof of this. 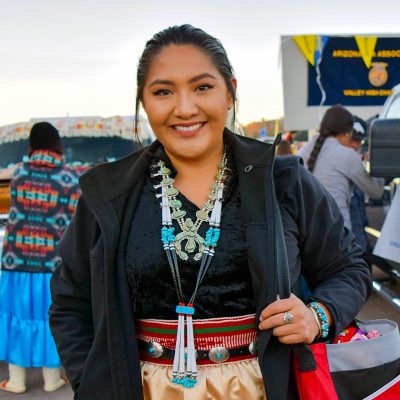 So it came as no surprise to me when I spent the last year talking with Navajo women and girls about their extraordinary accomplishments. I talked to numerous businesswomen and entrepreneurs who are paving the way for Navajo people to enter the business world.

This year alone two Navajo owned cosmetic companies were brought into the market – each highlighting Navajo culture while also giving back to their communities.

We saw beauty and lifestyle influencers like makeup artist Tiffany Black and food blogger Alana Yazzie, better known as the “Fancy Navajo,” grow their social media presence in a field where not many Native people succeed.

As for our Navajo girls, Shelby Arviso was the grand champion for the middle school division for the 2018 Navajo Nation Science Fair. She did her project on water quality and what is the best method for purifying water. (Boiling is the best way.)

In the high school division, Alyssa Charley won grand champion for her science fair project. Dressed in her traditional outfit, Charley explained to the judges how high levels of radon in homes on the reservation are an issue. Her air-to-air heat-recovery ventilation system was specifically designed to be used in a hogan.

Sisters Kelly and Hailey Haven were the last two spellers at this years Navajo Nation Spelling Bee. This was Hailey’s first time making it to the competition and Kelly’s second time winning the spelling competition.

They will join Delegate Amber Crotty to represent all of Northern Agency.

Filmmakers Stacy Howard and Shaandiin Tome have been making their way around national film festivals with their films.

In my own newsroom, half are Navajo women – a statistic unheard of in an industry where Native women make-up less than one percent of newsrooms.

And just to brag about myself for a moment. This year, I won best news story for the Arizona Newspaper Association’s 2018 Better Newspaper Contest for my story on the state of the Navajo language.

Navajo women are succeeding in all areas from education to entrepreneurship. But they continue to be underrepresented in fashion, silversmithing, Navajo government and so many other areas.

Of the two Navajo fashion designers selected for this year’s Haute Couture Fashion Show at Indian Market, both were Navajo men.

I interviewed Neeko April Garcia, a silversmith, who talked about how silverwork is still a male dominated field but she works every day to inspire other women to try it.

Every year more and more Navajo women are doing the same, inspiring other Navajo women and their communities to break barriers. I was blessed enough to be able to write about them every week for the last year and will continue to do so for the rest of my career.
Can’t wait to see you succeed, sis.