Guest Column | We must be visionary, courageous

If we wait on Window Rock to change the Navajo government system, it probably won’t happen. 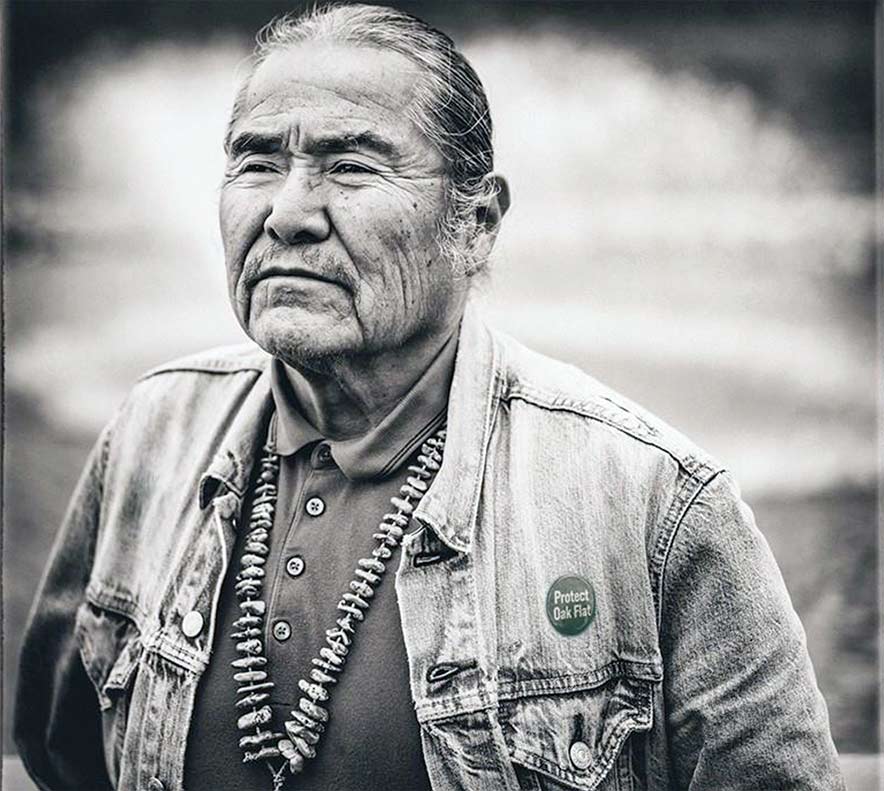 Courtesy
Duane “Chili” Yazzie is from Shiprock and is a former Navajo Nation Council delegate, Shiprock Chapter president and is a grandpa, farmer and earth defender.

Some of our elected politicians and staff believe in the present form of government and work to perpetuate it. There are some who want change, but it is too overwhelming and don’t know where to begin.

Some are just stuck in it doing their jobs and, to some, it don’t matter.

This government system was imposed on us 100 years ago to facilitate the signing of a contract for an oilman. The government was initially developed to take care of the oilman, not the people.

The Navajo government system is autocratic, it clashes with the consensus based aboriginal way of Diné bi Nat’áá. We may have adopted it, but it remains a foreign concept.

There has been much talk about government reform, it hasn’t happened. The term reform suggests that something can be fixed.

In 2002 there was a government reform convention at Red Rock Park. More than 50 recommendations were made, some good ones.

The Navajo Nation Council has been presented some of these recommendations. They were rejected or tabled into obscurity. Navajo government reform is a delusion, we need to stop chasing it and develop something better. We deserve better.

To find a better Diné governmental structure we must be visionary and courageous, more true to our Diné roots.

At our inception, the Great Creator gave us instructions for our life journey, including rules for societal order and governance of the land and the people.

Those laws are still with us. They are basically chronicled in the Diné bi beenahaz’áanii, Diné Fundamental Law.

I honor the DFL with one critical observation; it is codified into the Navajo Code. That is a contradiction, they are different ideas of different origin and purpose. In the attempted merger, DFL gives undeserved credence to the foreign concepts of law and governance; this has “contaminated” the DFL. DFL must be revised, clearly aligned with our original instructions.

The talk about changing the government requires a critique of the matter of sovereignty. In our Diné world we have two thoughts of sovereignty, the pretend one and the real one.

The one touted by Window Rock is a quasi-sovereign condition. Quasi means sort of or wannabe.

Washingdóón, the great white father said, “You be good little Indiins and I will let you be quasi-sovereign. You can do this, this much but you can’t do that.”

So here we are pretending to be sovereign, being told how to act and live on our own lands by people from the outside. You are either sovereign or you are not.

The “sovereignties” of Washingdóón, the states and most Indian nations are man conceived. Our real sovereignty is Creator conceived. We were blessed with it when we were placed on Earth. It constitutes the rights and authorities given to make our life.

The bilagaana word, sovereignty, does not do justice to describe the deep essence of our Indigenous sovereignty.

The concept of our sovereignty is contained in the DFL, though not expressly stated. It remains intact, accessible, powerful and it is immutable.

Before there was a Navajo government, our great grandparents lived in regional groupings, each self-sustaining and independent. There were networks of visitation to maintain familial ties, gifting/trading and for ceremonial purposes. There was not a need for a centralized organization or authority.

The times when the regional family groups came together were in times of great need that affected all, such as times of war or disaster, when there was a condition of danger.

The people would convene a Naachid, a process where 12 peace chiefs and 12 war chiefs were appointed for that one time of need. The appointed chiefs would talk about the great need and decide by consensus on a course of action.

Once the condition of danger was addressed the Naachid was disbanded.

Perhaps a Naachid must be convened by the people. Is there the qualifying condition to do so, are we as the Diné people in a time of danger?

Are the “modern ways” including the Navajo government system taking us farther away from our true Diné-ness, away from what we are supposed to be as the Creator made us?

Are we in danger of losing our unique cultural ways, including language, K’é and ajooba’?

Is the climate crisis endangering the future world of our grandchildren?

Will there be a time when our depleting water supply will not enough for all of us?

Are we in danger of losing the special connection we have with our Earth Mother, when we are not able to use and take care of the land the way we are supposed to?

Should we anticipate that there may be a time when we become besieged on our lands with hungry, thirsty immigrants fleeing the imploding urban centers and soon-to-be drowning coastal cities?

Will we have sufficient food into the future?

When will the government handouts be no more?

Our former chief justice, Herb Yazzie, is correct. We need to find that better Diné governmental system, a system and process of governance that is based on our Diné values and principles, one that will truly take care of the people and land. This must be done, while it is not yet too late.