‘All we get are orange cones’ 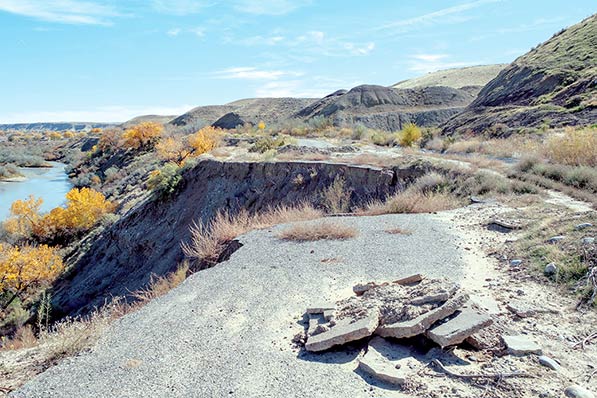 Special to the Times | Ray Landry Route 367 along the San Juan River has collapsed in several places over the last several years and is shut down.

A series of road collapses along a major BIA artery in Upper Fruitland has residents of all ages scrambling for alternate routes. 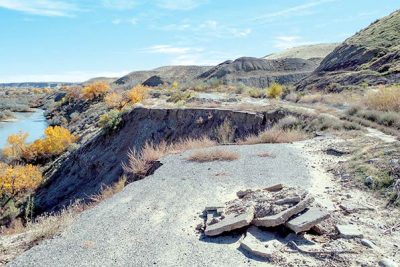 Special to the Times | Ray Landry
Route 367 along the San Juan River has collapsed in several places over the last several years and is shut down.

Route 367 is a scenic, seven-mile loop that parallels the San Juan River and joins on both ends to Navajo Route 36, the major thoroughfare connecting U.S. 491 and N.M. 371.

When a house-sized section near the western end of the road crumbled five years ago, however, no one stepped in to repair it.

Instead of repairing the road, the Navajo Division of Transportation simply closed it, he said.

“Every entity involved rationalized their inaction,” Bates said. “Everybody said, ‘We’re not responsible. We didn’t create this.’ So NDOT just shut it down.”

The collapse, caused by leakage from the nearby canal, rendered the road impassible, forcing residents to detour around it, said Ira Dodge, who has lived on Route 367 his entire life. Since its construction as the community’s main highway more than half a century ago, the road has provided access to dozens of residences and served as a bus route for public and BIA schools.