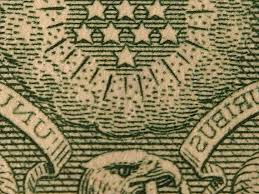 The Obama Administration has agreed to pay nearly $1 billion to hundreds of tribes to settle a decades-old claim that the government failed to adequately compensate tribes while they managed federal services.

If approved by a federal district court, the $940 million settlement would resolve a 25-year-old legal dispute over contract support costs originally filed by the Ramah Navajo Chapter. The biggest chunk of the funds, or about $58 million, is set to go to the Navajo Nation, with the rest to be divided among more than 640 tribes and tribal agencies named in the settlement.

The original class-action lawsuit, filed by Ramah in 1990 and brought before the U.S. Supreme Court in 2012, alleges that the government contracted with tribes to run Bureau of Indian Affairs programs like law enforcement, forest management, road maintenance, housing and federal education, but that it failed to pay the full amounts required by law. Tribal agencies manage these programs under the Indian Self-Determination Act of 1975.

The high court ruled in favor of the tribes, whose attorneys argued that underfunded federal contracts dating back to the 1970s resulted in shortfalls as they struggled to meet critical needs. Sine 2012, the government has negotiated with tribes to find a fair resolution and pay the money owed.