The Navajo Times and government reporter Arlyssa Becenti stand behind a story printed in last week’s edition that stated a complaint had been filed by the Navajo Nation Division of Public Safety against Council Delegate Eugenia Charles-Newton.

Speaker Seth Damon Tuesday issued a press release challenging the article, stating he had checked with the Office of Ethics and Rules and they had said there were “currently no formal complaints against any member of the 24th Navajo Nation Council.” 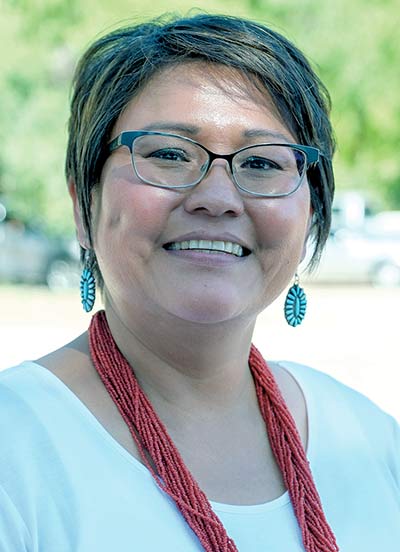 The confusion may have to do with the dual nature of the word “complaint.”

Becenti, however, is in possession of a complaint which she was told by a reliable source was given to the Ethics and Rules Office last week.

“If they want to play semantics, then lets play semantics,” said Becenti. “One, I never reported it was a ‘formal complaint.’ I said DPS is filing a complaint with Ethics and Rules, which they did last week.

“Two, these complaints I listed and the complaints I wasn’t able to list are real and should be addressed,” she said. “It’s not like I made them up.

“Three, this whole press release is a deflection from the real issue at hand and that’s the whole Division of Public Safety is having problems with their oversight and its chair, but yet no one is addressing this or fixing this deteriorating relationship,” she said.

The Ethics and Rules Office takes information from groups and individuals on an “intake form,” commonly known as a “complaint.” The person turning in the form is called the “complainant,” and Subchapter 4 of the Navajo Nation Ethics in Government Law on the powers and duties of the Navajo Nation Ethics and Rules Committee also refers to this information as a “complaint.”

But technically, it’s the Ethics and Rules Office itself that files a formal complaint, after investigating the information on the intake form.

“The complaint that I wrote about is the intake and that was filed, these are the complaints that support the allegations that are being made,” said Becenti. “The formal complaint is what Ethics and Rules files after the investigation, and I never claimed this was what I wrote.”

As acting Ethics and Rules Director Rodriquez Morris states in Damon’s release, “All matters within this office are confidential and will remain so until a complaint is filed. Should any complaints be filed by this office (emphasis added) then it becomes public record and thus may be disclosed after the Respondent has been served a copy of said complaint.”

So if Public Safety in fact has delivered information on Charles-Newton to Ethics and Rules, Ethics and Rules could not reveal that information to Damon or anyone else until it has examined the information, found it to be accurate and filed a complaint of its own against the delegate.

Morris refused to confirm or deny that in a telephone call with the Times Tuesday, but a reading of the office’s website and the Navajo Ethics in Government Law seem to bear that out.
Since the office can’t confirm whether or not it has received information on Charles-Newton, there is no way for Damon to deny that it has.

What is known is that the Times has in its possession a document containing alleged Ethics in Government violations by Charles-Newton ostensibly drawn up by the Division of Public Safety, which no one from the division has refuted, and that a usually reliable source who wishes to remain anonymous says the information was presented to the Ethics and Rules Office.

“They are focusing on this trivial thing of whether the complaint was formally filed or not,” said Becenti. “That should not be the case – the list of grievances from this division should be the concern.”

It’s also well known from public meetings that there is tension between the Public Safety Division and its oversight committee, Law and Order, which Charles-Newton chairs.

Other than the possible misuse of the word “complaint” and the fact that there is no independent way to verify the allegations arrived at the Ethics and Rules Office, the Times story is accurate and nothing in Damon’s press release disproves it.

“The Division of Public Safety has the enormous responsibility of keeping the Navajo Nation and its people safe, and being supported by their oversight should be a priority and from what I’ve seen that’s not the case,” said Becenti, who has been covering LOC since 2011.

“Instead my article, which is shining a light on debilitating issues, is being called out and being deemed ‘sensationalized’ (which I resent) because no one wants to address the real problem,” she said.