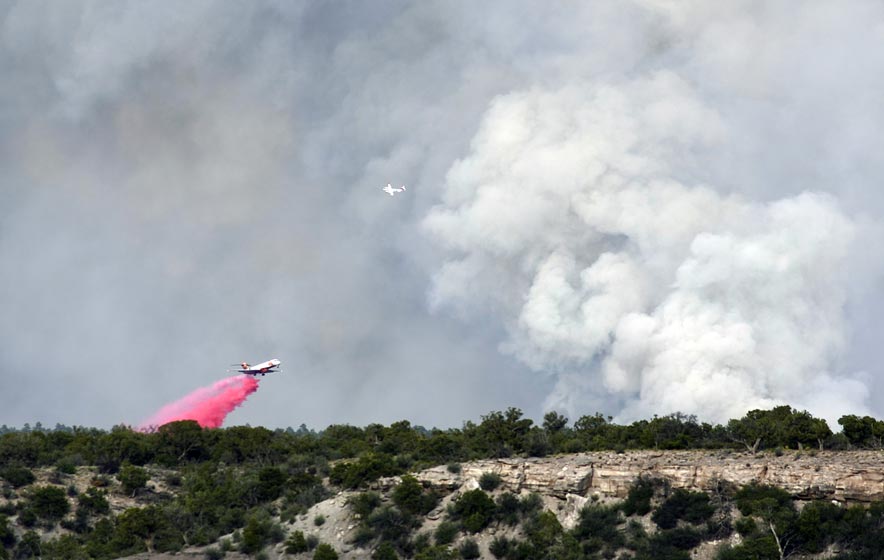 Navajo Times | Donovan Quintero
An Erickson Aero Tanker, capable of carrying up to 3,000 gallons of fire retardant, drops its payload near a residence on Sunday evening in Wood Springs, Ariz.

Before the sun set for the night, the second day of the fire, which is not contained and was started by lightning, burned 350 to 500 acres, according to the Navajo Area Bureau of Indian Affairs Fire and Aviation Management.

Eight airplanes, including two DC-10 tanker air carriers retrofitted to fight fires and two Helitak helicopters, zigzagged across the sky over Wood Springs, which is about 10 miles north of State Highway 264. 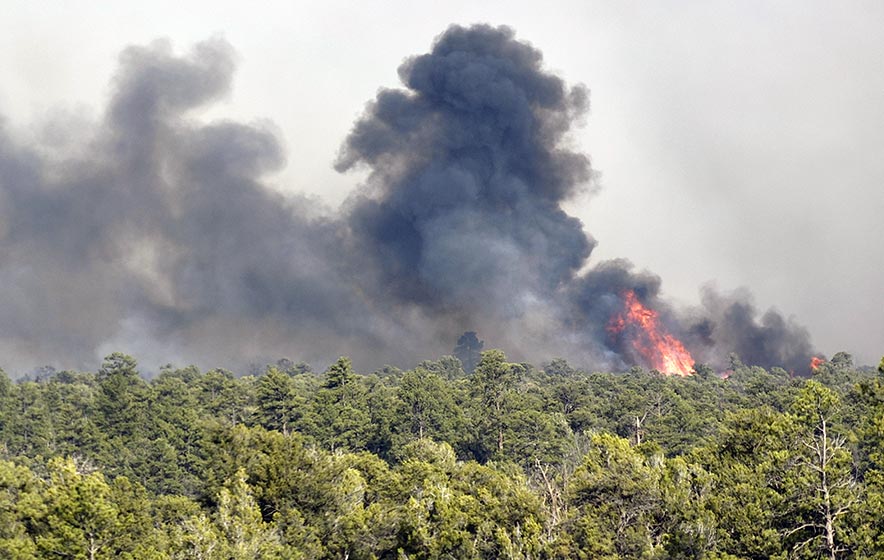 Navajo Times | Donovan Quintero
Black smoke rises into the sky as flames shoot up about 200 feet on Sunday at the Wood Springs 2 fire.

Sixty hotshot crewmembers, along with 40 support personnel, aided the aerial fire fighters and attacked the blaze from the ground.

Throughout Sunday afternoon winds fanned the fire that exploded when it hit pockets of tightly bunched dry trees along the Defiance Plateau and Lone Tool Canyon.

By 5 p.m., the fire broke loose and blazed in a northerly direction, prompting Navajo Rangers to begin evacuating residents from the path of the fire. It’s not known how many people were evacuated.

Navajo Route 27, which connects Wood Springs to Sawmill, was closed to keep the public away.

According to the National Weather Service, winds are forecast to gust up to 50 mph across the Coconino, Navajo, and Apache counties on Monday.

According to an Apache County District 2 official, the hotshots, along with additional air support, will attack the fire from two sides this morning.

No injuries or damages to any homes were reported.