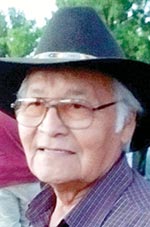 He graduated from Ft. Sill Indian School in Oklahoma and earned an associate in biblical studies at Abilene Christian School. He was self-employed as a silversmith of turquoise jewelry and was a former Navajo Police officer. He was drafted into the Army as an infantryman (Korea). He was an EMT paramedic and also worked with the Bureau of Indian Education and Canoncito Community School.

He enjoyed making and designing turquoise jewelry and selling on the Santa Fe Plaza. He loved being with family in the outdoors. He loved watching football and basketball.

A reception was at To’hajiilee Chapter House. 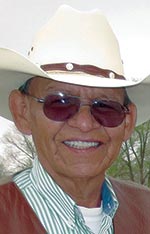 CHURCH ROCK, N.M. – Funeral service for Glenn Morris Stump, 70, from Church Rock, New Mexico, will be at 10 a.m. on Feb. 21. Pastor Arviso will officiate. Services will be at Rollie Mortuary in Gallup. Burial will be at Church Rock.

He was born on May 23, 1949, at Church Rock. He was Chippewa, born for Cree. He was a firefighter, an outdoor person and an animal lover. 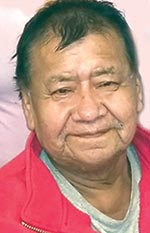 TO’HAJIILEE – Funeral service for Frank Shenale, 74, of To’hajiilee, is today at 10:30 a.m. at Jesus Church in To’hajiilee. Burial will be at To’hajiilee Community Cemetary.

He was born Nov. 11, 1945, in Albuquerque and passed Feb. 11, 2020, at To’hajiilee. He was Big Water Clan, born for Mexican Clan. He went to Albuquerque Indian School and took college courses in psychology. He worked at the Navajo Nation Police Academy, was a CHR for To’hajillee, was a member of Parent Advisory Committee at To’hajillee Community School, a community philosopher, stategist and counselor and loved addressing community members at chapter meetings.

He is survived by his ex-wife, Lena Roanhorse; sons, Shane and Mateo Shenale and Vidale Platero; daughters, Eve and Eileen Shenale; grandparents, Bessie and Juan Piaso; grandchildren, 6 boys and 3 girls.

Reception will be held at To’hajiilee Chapter House.

Funeral service for David Mike, 67, of Fish Point, Arizona, is today at 10 a.m. at Black Mountain Church in Black Mountain, Arizona. Officiating will be Tom Burbank. Burial will be at the family plot in Fish Point.

He graduated from Many Farms High School and attended college in Ganado and auto mechanic school in Glendale, Arizona. He enjoyed horseback riding, sheep herding, fixing cars and wood carving.

He was preceded in death by his father, Edward Mike, mother Hazel Mike and his niece, Tamara Charley.

Roger was born June 4, 1951, in Ganado, into the Tsi’naajinni (Black Streaked Wood People Clan), born for Naaneesht’ezhi Tachii’nii (Charcoal Streaked Division of the Red Running into the Water Clan). He passed away on Feb. 13, 2020, in Farmington.

Roger attended Intermountain Indian School in Brigham City, Utah, and graduated in May of 1971. He was a welder in the Four Corners area.

Roger was known for his talent in Native beadwork and instruments through the Native American Church. He enjoyed his grandkids and family.

Reception was held at the Upper Fruitland Chapter House.