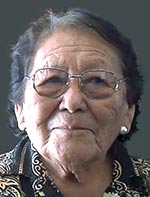 There will be a small, private family memorial service at a future date. 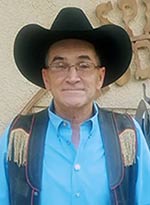 PERALTA, N.M. — A rosary for professional stock contractor and local cowboy legend Paul A. “Casper” Baca will be held Saturday, Oct. 19, at 10 a.m. at Our Lady of Guadalupe Church of Peralta in Peralta, New Mexico.

A memorial service will take place Sunday, Oct. 20, at 1 p.m. at the Valencia County Sheriff Posse Arena, followed by a reception at the Sheriff Posse Café. Casper was born Dec. 12, 1956, in Grants, New Mexico, to Pete and Loyola Baca. He unexpectedly passed away at his home on the morning of Oct. 5, 2019, in Peralta.

From a very humble beginning, like many other cowboys who follow the rodeo trail, Casper grew up competing in rodeos, riding bulls and team roping. He was one of eight bull riders from the United States invited to compete at Rodeo Royal in Calgary, Canada. Casper was also the first-ever stock contractor to compete at the NMRA Finals in bull riding and team roping.

While he was riding bulls and team roping he was also helping his father manage his rodeo business, the Baca Brothers’ Rodeo Company, from 1975 to 1986. Baca Bros rodeo was vital in the creation of the New Mexico Rodeo Association. Baca Bros was the first stock contracting company and Casper became the first bull-riding director of the new association, accomplishments that are for the most part unknown, but cherished by Casper.

In 1986, Casper felt it was time to start his own business. Since its humble beginnings, the Casper Baca Rodeo Company has grown to be one of the finest world-class rodeo companies “from the sands of San Fidel to the lights of Las Vegas.”

Casper lived a life filled with hard work, dedication, family, artistry, chivalry, and virtue and left an impact on those around him for eternity. Heaven is truly the Home of the Champions now.

Arrangements are being handled by the caring professionals at the Noblin Funeral Service Los Lunas Chapel. An online guest register is available at Noblin.com.

Chester graduated from Gallup High School in 2011 and received certification from the HBI Pre-Apprentice Painting Program at Roswell Job Corps in December 2012. He worked for Gallup William’s Plumbing as a sanitation driver. Chester loved to play PS4 and Xbox. He was a loving uncle, son, brother, and cousin.

Gladys was born Dec. 21, 1924, in Nazlini, into the Ma’ii deeshgiizhinii (Coyote Pass Clan), born for Deeshchii’nii (Start of the Red Streak People Clan). She passed away Oct. 5, 2019, in Lakeside, Arizona.

Gladys was a homemaker who enjoyed weaving rugs and herding sheep. Gladys is survived by her grandson, Gerald Brown. Gladys is preceded in death by her husband, Hosteen Yazzie Gorman; daughters, Ethellena Brown and Elsie Yazzie; mother, Guy Bima; and father, Goldtooth Descheeny.