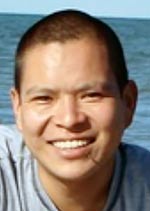 KAYENTA — Graveside service for Nephi Aaron Smallcanyon, 28, of Flagstaff, was held Oct. 15, 2020, at a family plot in Kayenta.

Nephi was born Jan. 11, 1992, in Yuma, Arizona. He passed away Oct. 13, 2020. Nephi grew up in Kayenta and later moved to Flagstaff to finish high school. He graduated from Ponderosa High in 2009 and moved to Mesa, Arizona, where he attended community college.

He later returned to Flagstaff, where he worked and enjoyed life in the pines. Nephi had a passion for adventure. He was known for riding BMX and enjoying the great outdoors.

He had a kind, free spirit and a smile that could light up the room. His laugh was highly contagious and he could befriend anyone within a short amount of time of meeting them. He was also an avid music lover and loved to travel.

Nephi is survived by his son, Chris Keams; parents, Kennard and Lolana Smallcanyon; sisters, Kenshel Young and Jaz Cody; brothers, Natrone Smith and Matthew Smallcanyon; and several nieces and nephews. Artificial flowers to be added to his grave can be sent to 707 W. Tombstone Ave., No. 3, Flagstaff, AZ 86001.

Laurita was born Sept. 11, 1937, into the Kiyaa’áanii (Towering House Clan), born for ‘Áshiihí (Salt People Clan). Her paternal clan is Táchii’nii (Red Running Into the Water People) and maternal clan is Tótsohnii (Big Water). She passed away Oct. 15, 2020, in Lakeside, Arizona.

Alice was born Oct. 5, 1956, in Chinle, into the Ta’neeszahnii (Tangle Clan), born for Táchii’nii (Red Running Into the Water People Clan). She passed away Oct. 19, 2020, in Chinle. Alice attended high school with some college and was employed as an administrative assistant.

She loved horses and going to church. Alice is survived by her four daughters; father, Wayne Clark; and brothers, Gene Clark and Philip Clark. Alice is preceded in death by Peter Clark. Silver Creek Mortuary was in charge of arrangements.