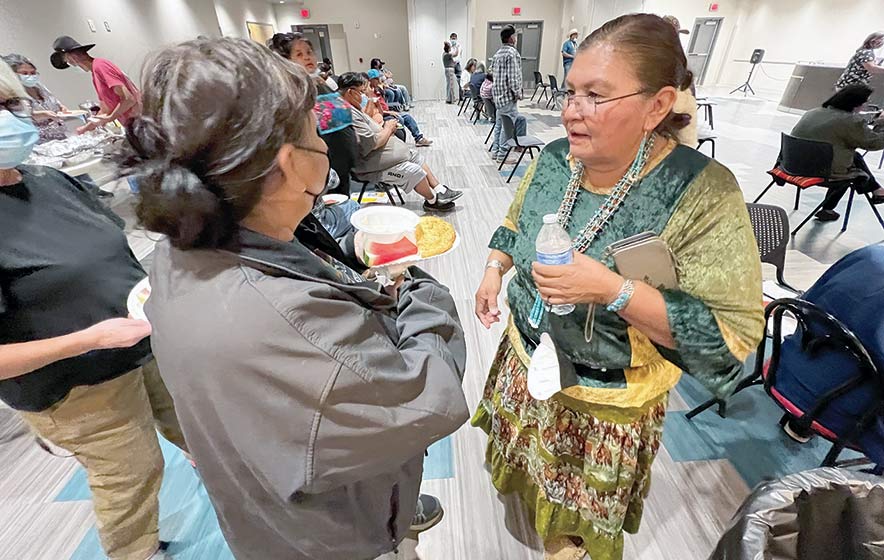 The abandoned Black Mesa and Lake Powell Railroad lays dormant in northwestern Navajo, causing controversies in chapter jurisdictions through which it runs.

Morrison-Knudsen Company Inc. constructed the 78-mile railroad in the early 1970s to transport coal from Dziłyíjiin to the Navajo Generating Station in Łichíi’ii, Arizona.

The railway line runs alongside Turtle Rock Ranch, where Helena Nez Begay and other residents live.

Numerous animals were killed on the railway tracks over 46 years, and livestock owners received a small payment from the Salt River Project, said Begay, who’s running for the Council’s District 1 seat.

“The Navajo Generating Station and the Kayenta Mine secured so much money,” she said during Tonalea-Red Lake’s District 1 Council forum conducted in Navajo on Sept. 23. “Turning the railway line into a business is not possible.”

Begay said she would like to see the land undergo ecological succession.

“For many years, the train went back and forth day and night, and we didn’t benefit from it,” Begay said. “We didn’t get a penny, and we’re still dealing with the trauma.” 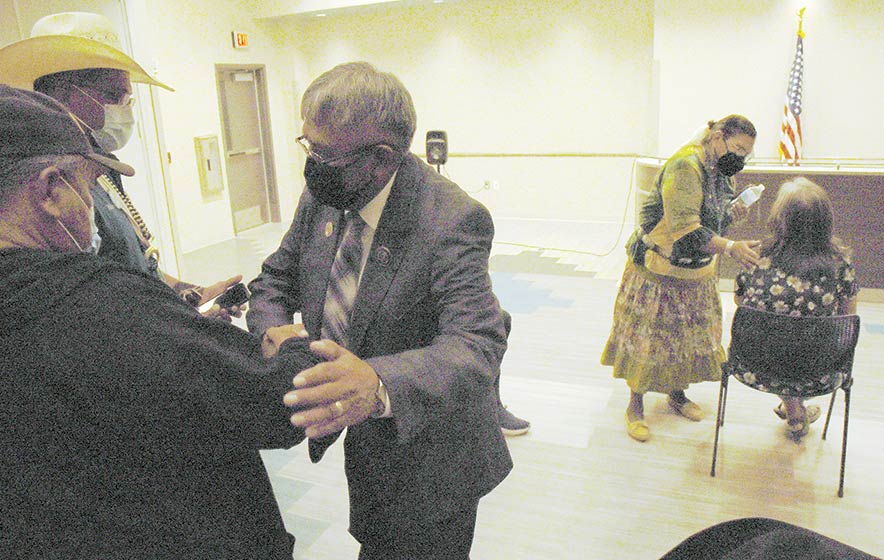 Paul said some Shą́ą́’tóhí residents would like to start a business with the railway line that would direct economic development and tourism to their community. And some Tónehelį́į́h, K’ai’bii’tó, and Łichíi’ii residents are against the old line running through the area.

Paul says the BMLP Railroad lays dormant because the tribe’s executive branch wants to use it for a water project, and $18 million was supposed to be used to reclaim the railway line.

“Western delegates Herman Daniels Jr., Nathaniel Brown, Otto Tso, Thomas Walker Jr., and I are asking about the money so we can use it for reclamation,” Paul explained.

People who misuse alcohol and drugs can and do recover, said Paul, who went through it and recovered.

“Today, I live without it,” he said. “We need recovery centers, we need clinics––it’s a disease, łóód doo nádziih, and you live with it.

Addiction alters the brain in insidious ways. In the Navajo Nation, there are no resources that offer treatment and support amid the opioid epidemic straining the country’s treatment centers.

“We’re still talking about it (in the Council),” Paul said. “We need stiffer penalties. There are bootleggers and drug dealers who often return home before sunset when they get arrested.

“Substance abuse only makes matters worse, leading to abuse and epidemics like missing and murdered relatives,” he said. “All those contribute to that.”

Helena believes tribal authorities are ineffective and need to go through the best and tougher police academies.

“The reason why is sovereignty, ak’ídádéest’į́į́’,” Helena said.

Helena said there is no economic growth in the District 1 chapters and believes people don’t support local chapters because items cost less at Walmart in the border towns.

“Businesses in the Navajo Nation aren’t growing,” she said. “We have to support our local businesses.

“We need more businesses. We need a shopping center, and we’re excited about it, and we OK it; it’ll come about,” she said. “We need a laundromat in Kaibeto, and we could expand Bodaway-Gap and Cedar Ridge areas, and we can do it.”

Helena added that the Táá Naaznilí in each chapter has the power and the opportunity to make economic development happen.