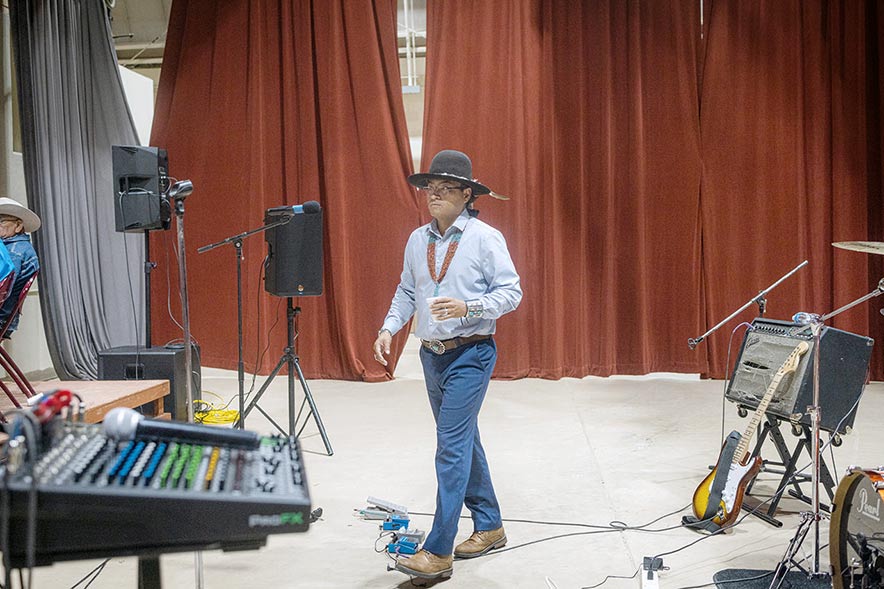 The Navajo Board of Election Supervisors had one more hurdle to leap.

The certification of the Nov. 8 general election in the Navajo Nation Presidential results were almost not certified during a board meeting that was held on Tuesday in Window Rock.

As the resolution was being read into record that would certify the presidential and vice-presidential results, Navajo Board of Election Supervisors Chairperson Melvin Harrison interrupted the reading and asked Navajo Board of Election Supervisors Vice Chair Raymond Maxx if the board was still intending to go into executive session to discuss a request for a recount by second place finishers Jonathan Nez and Chad Abeyta. 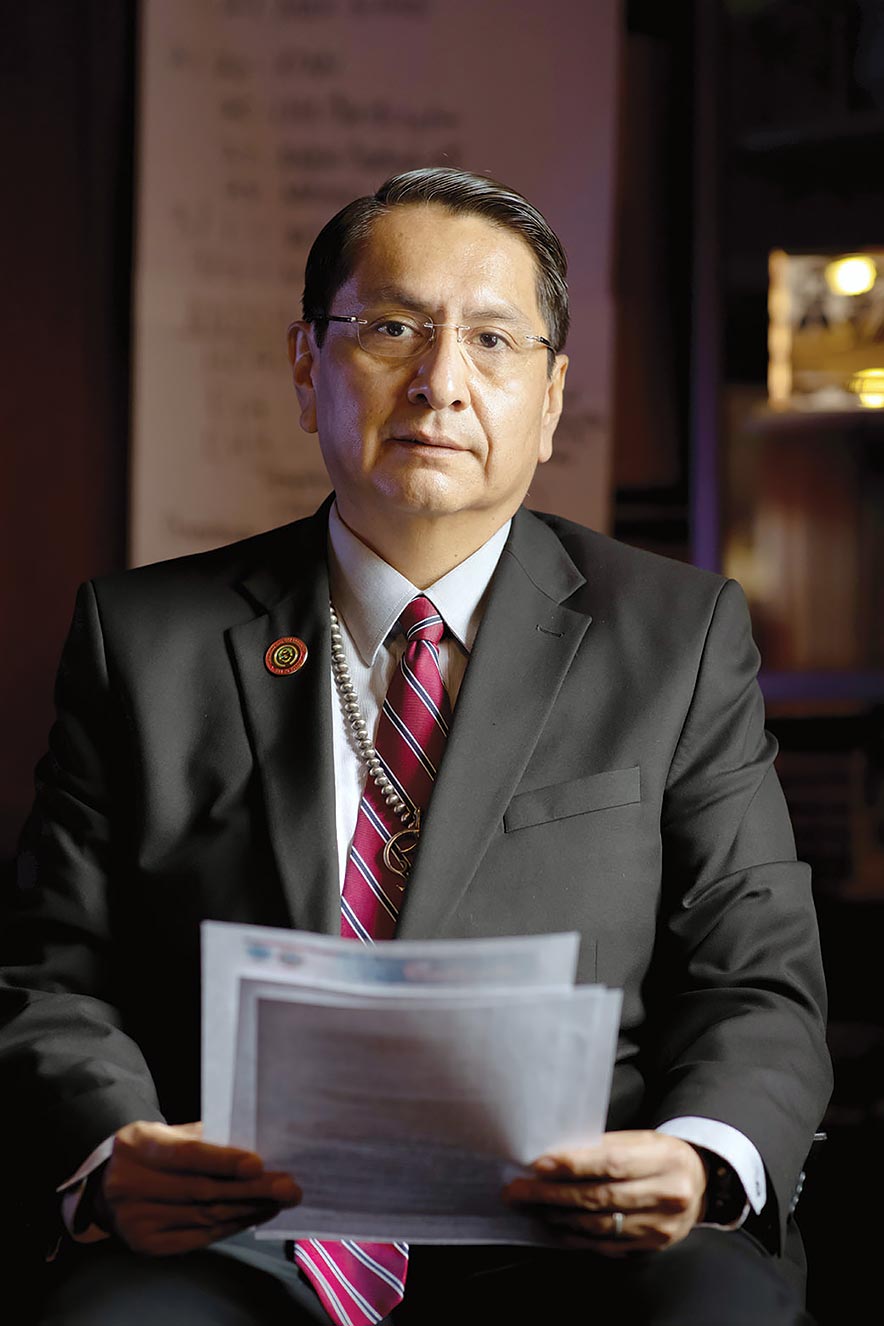 Navajo Times | Sharon Chischilly
Incumbent Jonathan Nez and his running mate Chad Abeyta requested the Navajo Board of Election Supervisors to do a recount. After a short executive session, it was denied Nov. 22, 2022.

Spokesperson for the Nez-Abeyta campaign Jared Touchin, wrote in a text message, the campaign was not asking for a recount.

“In the written request it states that if there are discrepancies reported or found then the board has the authority to do a recount,” Touchin wrote on Tuesday.

The Nygren-Montoya camp were pleased that the election board certified the results.

“I was told they certified it and I’m happy with the certification,” Nygren said through a text message on Tuesday.

During the week-long verification, former candidates Ethel Branch, Rosanna Jumbo-Fitch, and Emily Ellison, as well as designated poll watchers representing Nygren-Montoya and Nez-Abeyta, documented the number of discrepancies, including the age of the voting machines, the lack of training poll workers received, and how mail-in and early voting ballots were handled.

As Maxx, Harrison and the election board continued addressing the former candidates’ concerns, the general election was not impacted. Early voters stood in line at the Navajo Election Administration office in Window Rock to cast their votes. On Nov. 8, the Navajo voters made sweeping changes to the tribal government that included ousting the Nez administration. Voters also cleaned house on the Navajo Nation Council side and elected nine women, who’ll be taking the oath of office on Jan. 10.

In the council race, incumbent Kee Allen Begay requested to have all five chapters he represents to be recounted. By the evening, challenger and winner of the Nov. 8 general election Crystalyne Curley remained the winner as she will represent the following chapters: Tachee/Blue Gap, Many Farms, Nazlini, Tselani/Cottonwood and Low Mountain.

For the presidential side, a letter from former vice-presidential candidate Chad Abeyta listed 13 issues, but it was dismissed, Maxx said.

“The letter came in late and missed the deadline, the ten days. There’ll be response in the form of letter back to them,” Maxx said. “And basically, to say, ‘We will not accept the request to do recount and all the other thirteen requests that they made.”

One of the requests made, Maxx said, was a request was made for names of voters.

“It’s explained in there that, confidentially, laws prevent us from submitting those. So, that letter should explain everything,” he said. “We move forward and we certified all the elected positions except the ones that are still in at the Hearings and Appeals office. Those are the ones that we’ll come back to and take care of once they’re clear the hurdles over there.”

For Maxx, who was not re-elected, said the transparency and working together were what he learned and attributes as to why the general election and Tuesday’s certification were not interrupted.

“They’re all on the same page with the board. So, it’s just a matter of everybody working together and working as a team and staying focused on the issues,” he said after the election board adjourned. “And what we learned from that is a lot of things need to happen going forward – the policies, rules and regulations need to be changed and needs to be also have proper resources to conduct a good fair election where every vote is counted.”

A location as to where the inauguration will take place has not been determined.