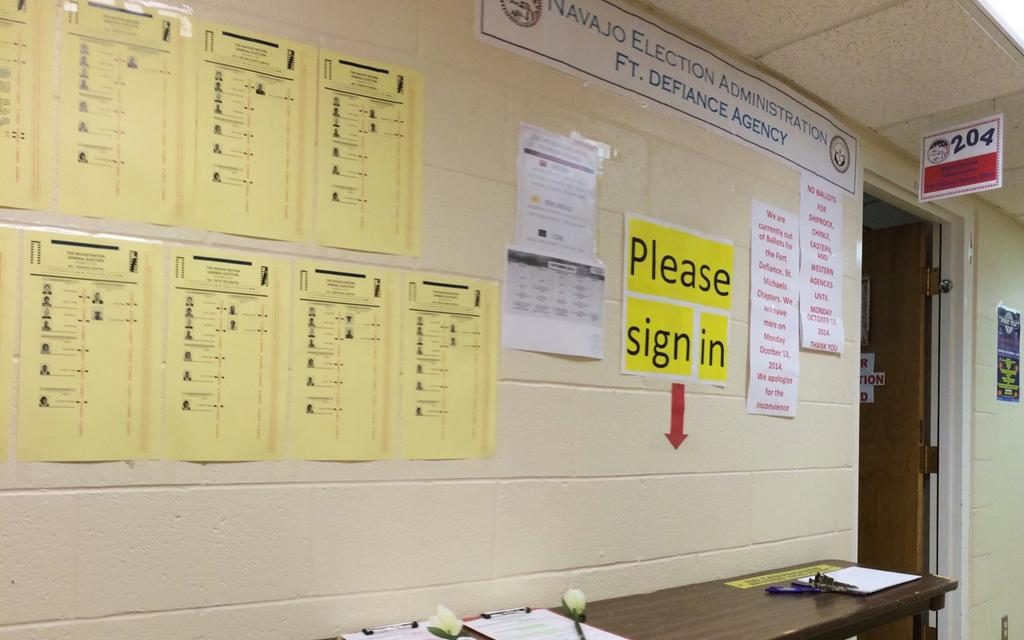 Early voting has begun on the Navajo Reservation for the general election with tribal members able to vote for all of the positions, including that of president.

Edison Wauneka, director of the Navajo Election Administration, said Monday that because of the continued uncertainty over whether or not Chris Deschene will be allowed to run for president because of questions of his fluency in Navajo, the election office has ordered only 20 ballots for each chapter and will continue to get new ones printed in a limited way until a final decision is made on that issue.

If a decision is made to disqualify Deschene, Wauneka said the election for the Council delegates and the other races will go on but the presidential race will have to be postponed to allow for a selection of a candidate to replace Deschene on the ballot.

The Navajo Nation Office of Hearings and Appeals is scheduled to hold a hearing today to hear testimony on whether Deschene is or is not fluent in the Navajo language and make a decision on whether he is qualified to run for the presidency.

If there is no appeal to that decision, that will end the debate one way or another. But if there is an appeal, the Navajo Nation Supreme Court is expected to hear arguments in an expedited manner, possibly as early as the following Monday.

In the meantime, the election office plans to continue the election and it appears that the uncertainty is having no effect on the willingness of Navajos to vote early.

Wauneka said the interest in voting in this election has been so intense that there have been lines at times for people who want to vote early.