Freshman Lanae Billy has been a standout for the Fort Lewis College women’s basketball team. 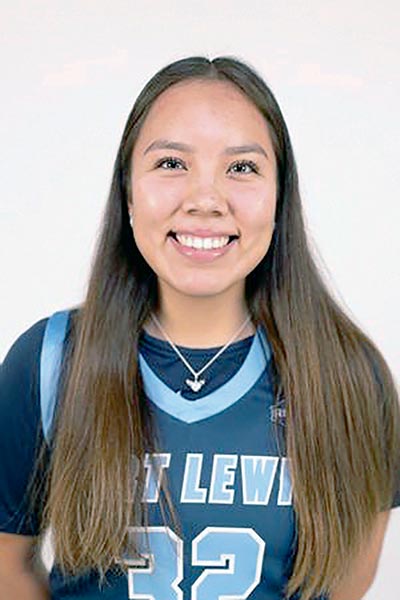 Courtesy photo | Fort Lewis College Athletics
Freshman Lanae Billy is having a breakout year for the Fort Lewis College women’s basketball team. The 2022 Piedra Vista graduate is averaging 16.7 points per game, which is third in the Rocky Mountain Athletic Conference.

“Her biggest strength is her ability to create a shot. Especially for a freshman, it’s incredible,” he said. “Our point guards do carry a significant scoring role.”

She reached double figures in scoring in all but one of the first 10 games (4-6), with a season-high 21 points twice and 20 points twice.

“My teammates trust me, and I feel very comfortable in a scoring role,” said Billy, a conference offensive player of the week honorable mention selection Nov. 21 and Nov. 28.

Six games she led the team in scoring and shared the team lead in one other. Because of her scoring proficiency, “The defense is changing how they’re guarding me,” she said. “Usually they trap me. They guard me really hard. They’re trying to force me to be more of a driver.”

Though she led the team with 75 three-point attempts, converting 37.3 percent of them, she has gained confidence with her mid- to short-range shooting when the perimeter shots aren’t open.

“She has to find open spaces away from the defenders,” the coach said. “People are more aware of her. Be shot ready to get it off before the defense gets there.”

Against Colorado Mesa, Billy converted a season-best eight field goals, yet just one was a three-pointer. She connected on four jump shots and three layups. “I’m being more physical and using my body more when I’m driving in,” she said.

The coach cited her high basketball IQ and natural instincts. “She sees the court so well. It’s really an amazing thing to see,” he said. “Her instincts are that of a college junior or college senior.”

When the team is in a zone defense, she plays at the top and typically defends a guard. She averaged 2.1 steals per game. Three times she had four steals, leading or tying for the team lead in two of those games. Billy said the steals often come on passes she intercepts.

“She has such long arms and has such great instincts,” Harris said.