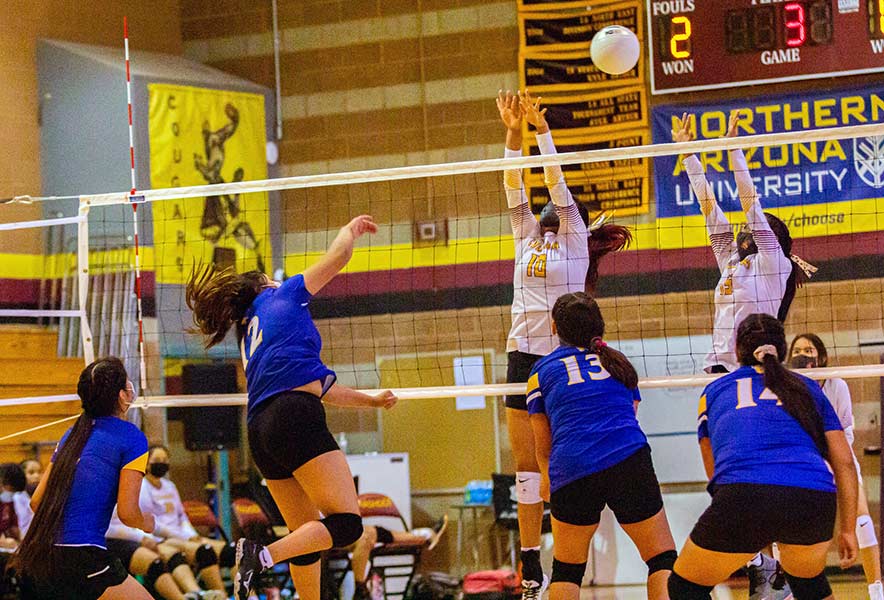 The Rock Point Lady Cougars on Saturday afternoon faced off against the Valley Lady Pirates at the Rock Point gymnasium.

Rock Point Coach Kyle Arthur was pleased with the results and happy to see how his players are performing.

“They know they can battle against 3A teams,” Arthur said. “It’s a matter of building up confidence. They are showing that.

“Every game, every practice, they are putting in the work. It’s good to watch them.

”We have been trying to capitalize on the free balls that we were given,” Arthur contined. “We have played them (Valley Pirates) before. So, we expected what they were going to be doing as far as their playing style.”

Arthur said as the season continues, he’d like his players to enjoy the sport every day of their lives.