‘It makes us bigger’ 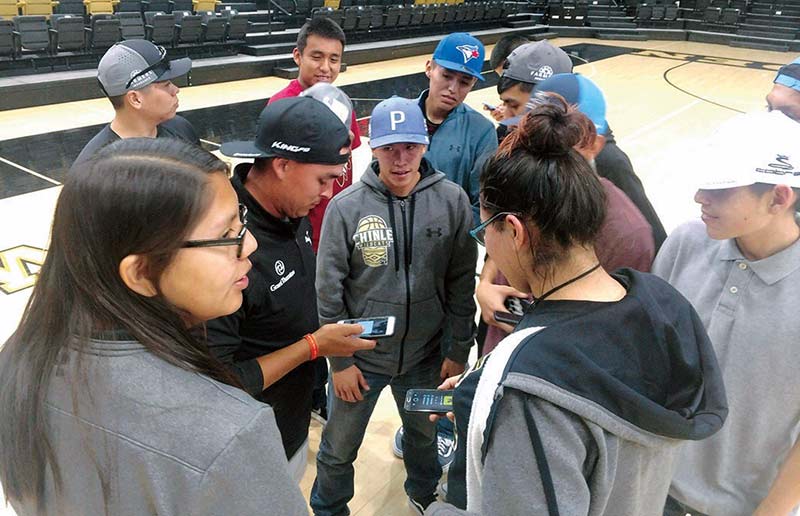 Submitted | Navajo golfer Rickie Fowler (center in black) visits with some of the Chinle High School boys’ basketball during a visit last week. Fowler has partnered with The Workshop, a multimedia production company, to film a docuseries about rezball.

Submitted |
Navajo golfer Rickie Fowler (center in black) visits with some of the Chinle High School boys’ basketball during a visit last week. Fowler has partnered with The Workshop, a multimedia production company, to film a docuseries about rezball.

Many people have walked through the door of Josiah Tsosie’s home – but never a professional athlete.

Last Tuesday, knocking at the door of his family’s doublewide mobile home near Chinle was Navajo professional golfer Rickie Fowler.

“That’s a once-in-a-lifetime thing, to have a professional athlete come to my house,” the 18-year-old Chinle High School senior said. “I was shocked when they said he wanted to meet me and come to my house. I was very surprised. It was an honor to have Rickie at my house.”

Fowler, who started his own media company, Main Event Productions, partnered with The Workshop out of Pennsylvania to showcase the basketball team and social issues on the reservation.

In an exclusive interview with the Navajo Times, Fowler, who is currently ranked No. 7 in the world, said he’s waited a long time to share one of the many stories of his Navajo people.

“Sharing the story of how the kids are raised and where they live and go to school, and what basketball has kind of done for them,” Fowler said. “It’s something that I’ve wanted to be a part of, having the Navajo tie-in somehow, where we were able to visit the reservation, and right before regionals, it was perfect.”