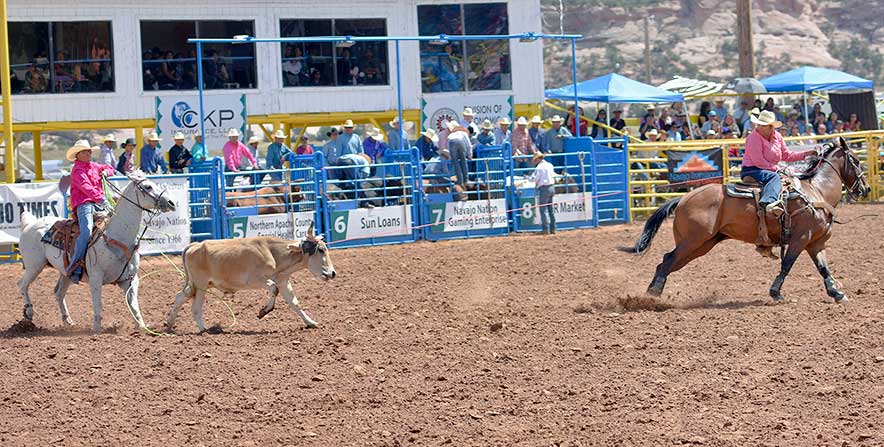 Navajo Times | Donovan Quintero
Serena Dahozy, left, team ropes with header Jenna Johnson at the Navajo Nation Fair rodeo on Sunday. With their win in this event and Dahozy’s win in the breakaway, she won the all-around crown.

After years of trying, the stars seemed to align for Serena Dahozy.

The Fort Defiance cowgirl turned in a masterpiece performance on Sunday afternoon at the Dean C. Jackson Memorial Arena as she captured three titles at the 73rd Annual Navajo Nation Fair.

Dahozy won the aggregate race in the ladies team roping with heading partner Jenna Johnson as well as the ladies breakaway event. 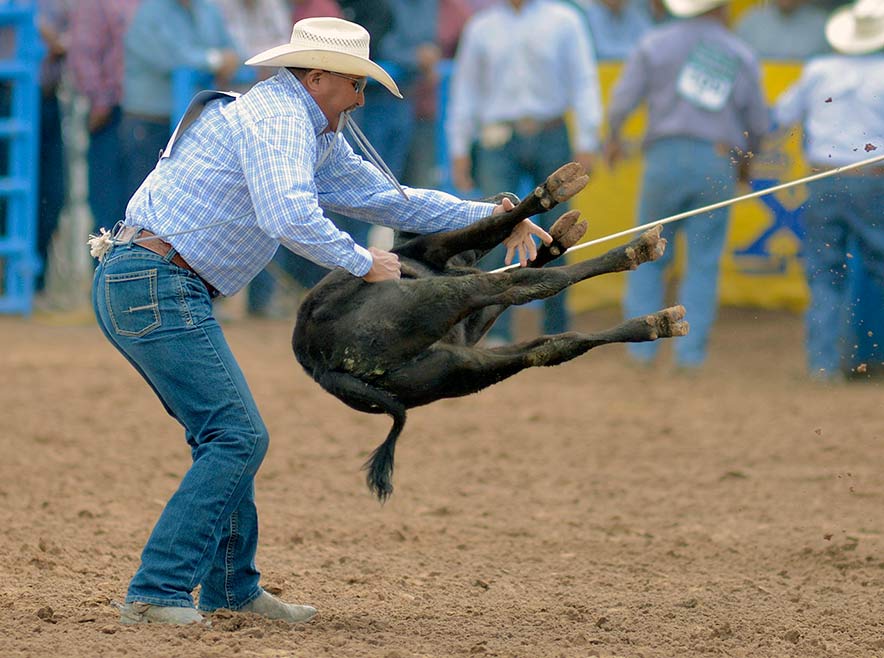 Donovan Yazzie handles his calf on Sunday at the Navajo Nation Fair rodeo in Window Rock. He won the all-around title, mostly by points in the tie-down event.

“I’m just happy,” Dahozy said afterward. “This is a real nice trailer … and this is the first time I’ve won a trailer.”

Coyote Canyon, New Mexico, cowboy Donovan Yazzie was the other trailer winner as he claimed the men’s all-around title with most of his winnings coming in the tie-down roping.

“I didn’t draw too good with my first two calves,” he confessed. “Until my third calf I started drawing good.”

For a more in-depth story purchase the Navajo Times on Thursday.