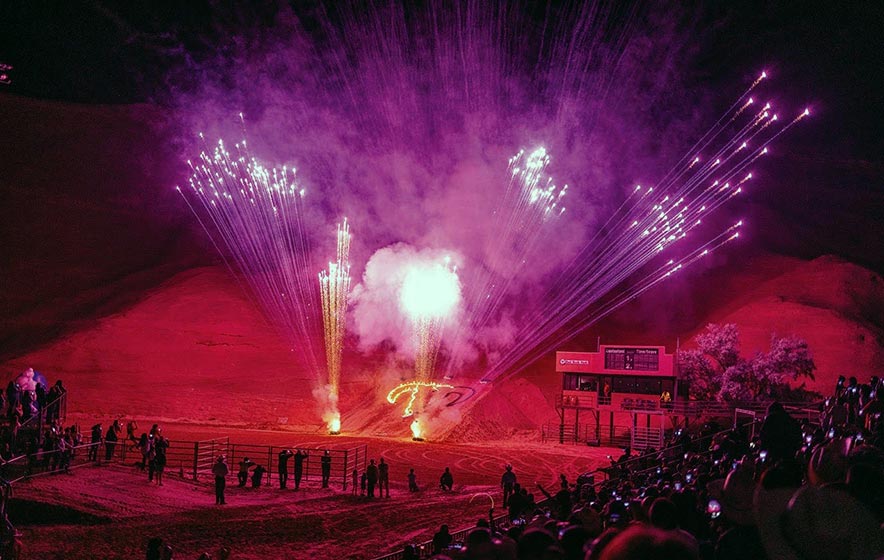 This year marks the 29th Annual Wild Thing Bull Riding Championship, one of the most prestigious rodeo events in the Southwest.

Promoter Larry Peterson promises it will be an entertaining show that will feature world class riders, some of the best ranked bulls in the country, good entertainment, great funny men and fireworks displays each night.

The championship will take place at Red Rock Park in Churck Rock, New Mexico, July 8 and 9.

Sign-ups have closed and Peterson reports that a large number signed up with riders from as far away as Oregon and Texas and even professionals from outside the country.

There will be top competitors like PBR’s Boudreaux Campbell, professional riders from Brazil, one being Junior Patrik Souza and local Diné riders such as Cody Jesus.

There will be returning champions seeking gold again.

The first-place winner will receive $8,000 in prize money and the custom-made Wild Thing belt buckle.

The championship is raising money for the Manuelito Navajo Children’s Home, making this the largest fund-raising event of the year for them.

Making it a pleasure, Peterson said, to give something for the kids while hosting a fun event.

Peterson also reminds visitors that this is a non-alcoholic event as it always has been. Since this will also be a outside event, there will be no limitations because of COVID-19, but people are free to wear a mask or take their own precautions if they choose to.

He also said if people want to avoid the big crowds then to come and watch the completion on Friday, assuring that the show will be just as eventful as Saturday’s.

“It’ll be exciting show just like always,” Peterson said. “And we always enjoy helping that children’s home out.”