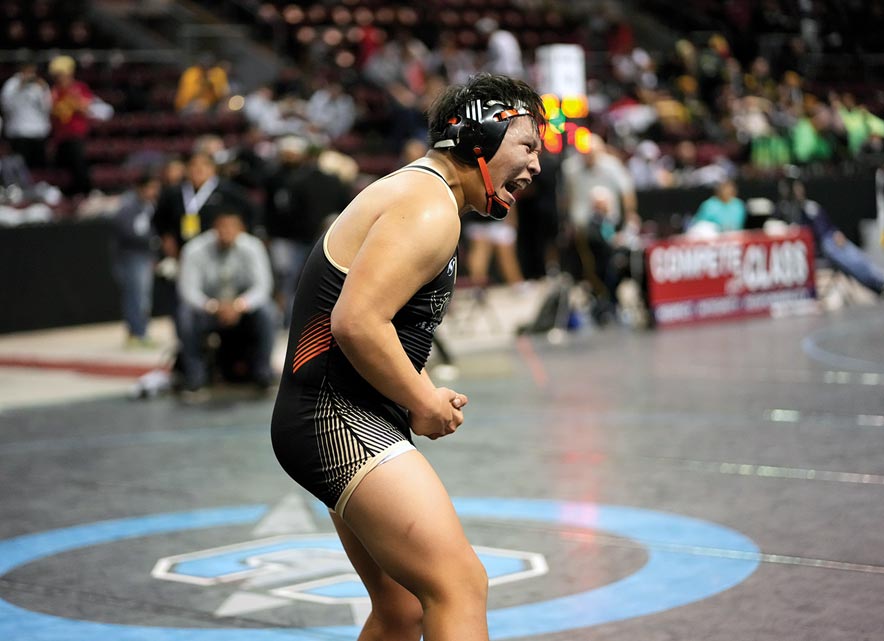 The Tigers captured the Class 4A state title on Friday night, scoring 238 points at the Rio Rancho Events Center.

Bloomfield and Silver both finished with 203 behind Aztec in a two-way tie for second.

The Tigers got four finalists at the state meet, with the biggest surprise coming in the 220-pound weight class as sophomore Jaylen Ignacio upset district rival Shawn Gomez of Gallup.

The Gallup senior came into the finals undefeated, including three wins over Ignacio. But in the one that counted, Ignacio gutted out a 9-5 scintillating win in his state wrestling debut.

“I can’t even explain it,” Ignacio said of getting his first win over Gomez, who finished the year at 25-1 overall.

Joining Ignacio (34-9) were eighth-grader Taner Olguin at 106 and sophomore Bryson Valdez at 113.

Bloomfield had two state champions in Adan Benavidez at 126 and Matthias Deherrera at 138.