‘Give Native’ with new campaign 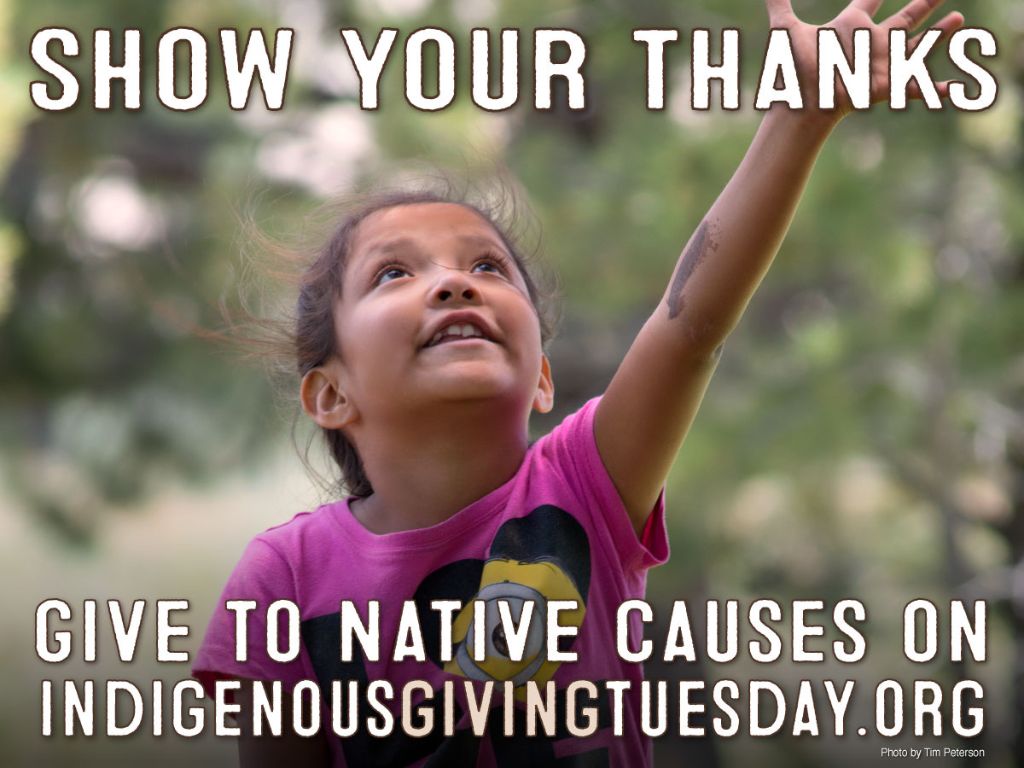 BOULDER, Colo. — It’s almost Thanksgiving, the time of year when most Americans will celebrate a largely disproven narrative of how white settlers, with the help of Indigenous people, survived their first year of colonizing and came together with the Natives to celebrate the harvest in a spirit of camaraderie and cooperation.

Then they’ll go about their holiday shopping and forget about Native Americans for another year.

Or … they can take a few minutes away from looking up recipes and choose to make a difference in the lives of Native Americans who are still struggling with the aftereffects of that first Thanksgiving.

The new holiday is the brainchild of Ahjani Yepa, the group’s Pueblo community outreach coordinator.

Like Giving Tuesday, the national holiday during which people are encouraged to contribute to their favorite causes, Indigenous Giving Tuesday is a day set aside to support your favorite Native-run charity or advocacy group.

UDB has already recruited partner organizations and taken out a domain name, indigenousgivingtuesday.org, for a website that will list them and provide links to donate to the indigenous cause of your choice.

Actually, it will be a little limited this year since this idea is only a few weeks old.
“In the future,” said Yepa, “we hope to have many different kinds of organizations, maybe even communities and tribes themselves. But for now, we’re focusing on groups that have a similar mission to ours, that focus on protecting land and sacred sites, just because that’s where our network has strong relationships.”

The website is still being set up, but UDB has promised to have it working for the inaugural Indigenous Giving Tuesday, Nov. 26.

According to UDB Communications Director Alastair Bitsóí, this year’s participants will include such well known names as Tewa Women United and Ancestral Lands Program. UDB is on the list, of course. “Our criteria are that they be grassroots and culturally focused,” he explained.

Yepa said the idea for IGT came while the UDB staff was “debriefing” after their annual fundraising event, an indigenous foods dinner. Yepa started thinking about another big food-themed day, Thanksgiving.

“Indigenous Giving Tuesday came about as a response to this holiday,” she explained. “People sit around celebrating whatever narrative they have in their heads about Native Americans, and then we go into all these holidays that promote consumerism and capitalism: Black Friday, Shop Local Saturday, Cyber Monday. Then you have Giving Tuesday, which is a good thing, but Native communities get a very small percentage of that.”

Added Bitsóí, “We’re not trying to guilt-trip anybody. But if you really want to take a countermeasure to a colonial-inspired holiday, you can acknowledge that we (Natives) are still here, that we’re still operating, that we’re still trying to do good things in our communities.”

The idea took off among UDB’s creative team, who collaborated to recruit partners and launch the website.

Bitsóí added that the concept of reciprocity is big in his own Navajo tribe and most of the Southwestern tribes he knows of.

“Some of these partner organizations have supported creating Bears Ears National Monument and other things we’ve pushed for,” he said. “This is a way we can reciprocate, by setting up a platform for people to give to them.”

UDB hopes to have the website, indigenousgivingtuesday.org, up and running some time this weekend.