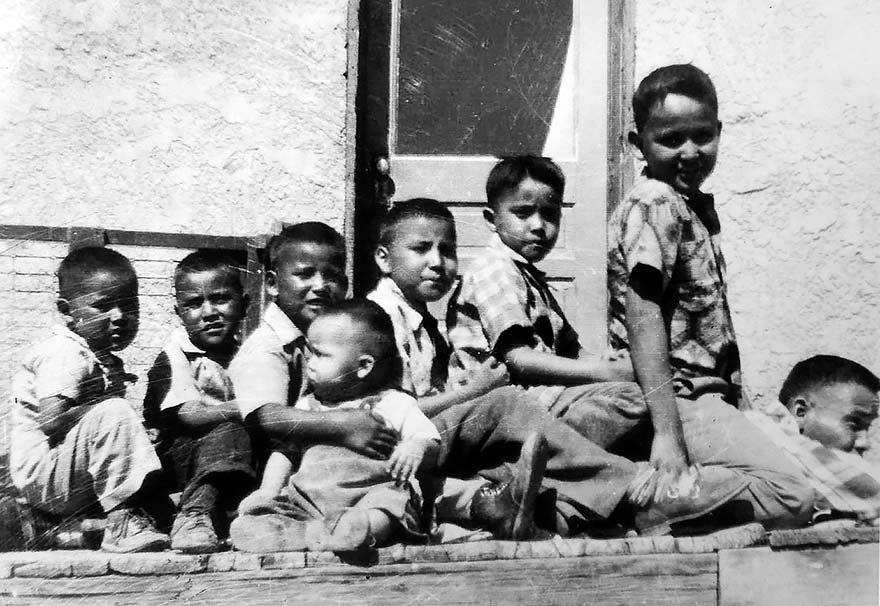 Courtesy photo
Seven of the eight Ashley children pose for a photograph when the family was still together. Their dad, Ambrose Ashley Sr., is at right. Ambrose is in the middle with his arms around his baby brother.

Ambrose Ashley, Diné, vividly remembers the night more than six decades ago he and his seven brothers 2 to 11 years old were placed in foster homes.

Their father had recently died and they were living in a partitioned-off shed in Tsé Bonito, New Mexico, with their mom. His mom, having a hard time taking care of them on her own, didn’t come home some nights — like this one.

“We were scared, confused and crying for her,” he said, recalling how the children were abruptly awoken by strangers who told them they had to get up and go with them. The older brothers were taken to a home on the south side of Gallup.

A foster home on the north side of town awaited Ashley and his four younger brothers. “They were a Spanish couple,” said Ashley adding that they never gave him or his brothers any opportunity to stay connected to their Diné culture.

The children lived in the cold, dark basement, used as day laborers cleaning the yard, and had their hair shorn into crewcuts.