Toys for children at powwow a success 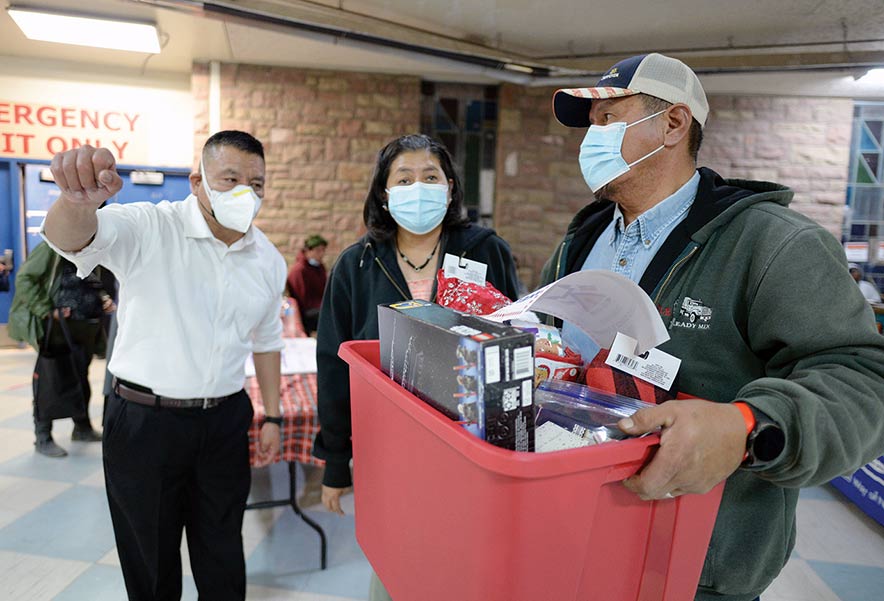 Getting a toy into a child’s hand has become the mission for Marine Corps veteran Ryan Sandoval.

Especially during the Christmas holidays.

For one thing, it can take away some of the harsh realities for children living on the reservation.

One has to see how their faces light up when they see a toy being given to them.

Sandoval, originally from Twin Lakes, New Mexico, recalled a time when a toy did for a child at a Toys for Tots event.

Sandoval recalled the children walking into the building to receive a toy. When they realized what they were in line for, he saw an unexplainable but beautiful moment unfold. 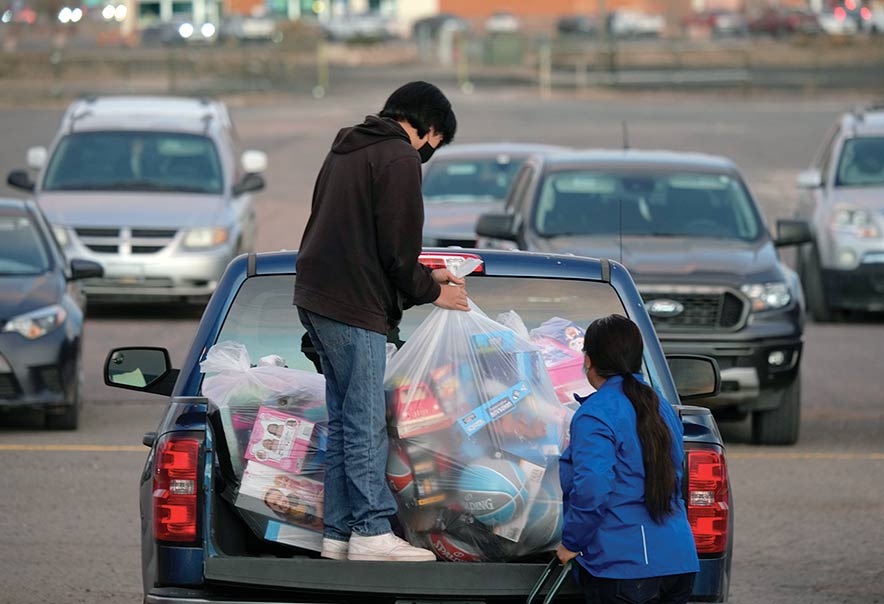 From that moment on, he knew what his assignment would be.

“That is more than money. I can’t explain it into words because the magical look that they had in their eyes – you can change a life, a child’s life, for the better,” Sandoval said of his experience.

The experience has inspired Sandoval to become a toy connoisseur of sorts. Last Saturday, he held a powwow and gourd dance at the Window Rock Sports Center with one task in mind.

He wanted to collect as many toys as possible.

So, he made the charge to get into the center. The cost for admission was one toy per person to get into the event. Before Covid, he said the last event to collect toys for children was held in Gallup. When the pandemic hit the reservation, like all festive events, like the Navajo Nation Fair and the Northern Navajo Fair, his powwow and gourd dances were also canceled. For the last two Christmas holidays, Sandoval could not gift toys to the children.

This year, instead of partnering with the Toys for Tots organization, he reached out to Laura Mike, executive director for Navajo United Way, the only Native American charter member of United Way. The nonprofit organization is located in Window Rock just northwest of the museum next to the post office.

One of the missions of Navajo United Way is to help children and youth and improve the lives of Navajo people and folks in neighboring communities.

Mike was on hand Saturday night. She and her helpers – her children – stood by and collected the toys brought in by everyone who attended the powwow and gourd dance.

It was their first time partnering together to bring some joy into some children’s lives.

To make the toy drive successful, Sandoval reached out to his friends, the “who’s who” in the powwow and gourd dance world. Renowned gourd dance singer like Rusty Cozad, who is the lead singer for Cozad, a southern drum group from Anadarko, Oklahoma; respected gourd dancer Milton Yazzie; and Kenny Brown, head singer for The Horses, a northern drum group out of Fort Defiance, all decided to donate their times and help a make a few children’s dreams come true.

Overall, Sandoval said 641 toys were collected from the event.

For Mike and the Navajo United Way, she said the toys would bring smiles to the families experiencing hardship this year.

“Usually, they’re individuals who may be homeless or unemployed or just having some hardship during the holidays,” Mike said.

Mike said the organization works with about a thousand clients and other agencies that work with low-income families.

“We’re going to ask what kind of toys they need, how many toys, for what ages, and then we’ll coordinate a distribution with those agencies. And then we’re also throwing in holiday dinners on our end, and we’ll distribute those,” Mike said.

Sandoval said he got done with the semester. In addition to his two master’s degrees, he is working on attaining another one. He also said he was unemployed and was seeking employment that might take him north.

Wherever he lands, Sandoval’s inspiration to give back and to help a child forget for a moment the hardships they might be in is his path.

“That’s a beautiful feeling,” he said.

Anyone wishing to donate to the Navajo United Way can visit their website at www.navajounitedway.org.