Diné day camp: off the couch and into culture 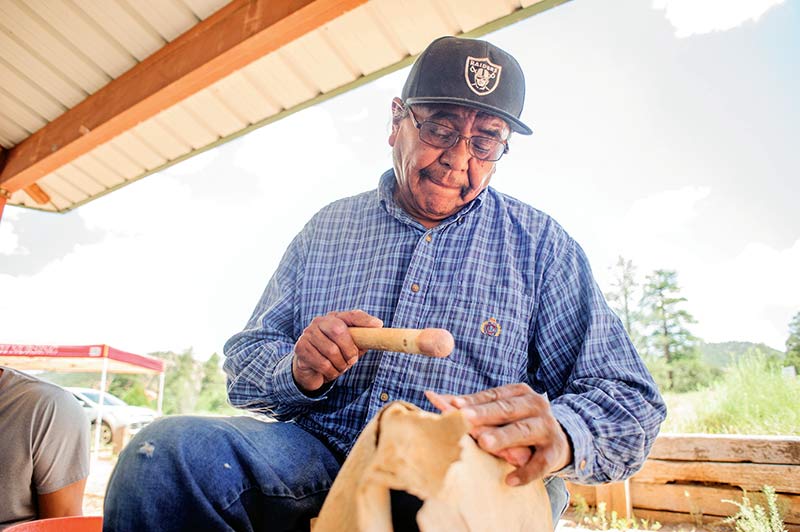 On a nice sunny day, the Tséhootsooí Medical Center hosted the 2nd Annual Navajo Youth Culture Day Camp to get kids off their couches this summer.

“The kids are out of school,” said Emerson John, camp organizer. “Last year we had a few kids and we got good compliments from parents about the camp.”

John works for the hospital in the Health Promotion/Disease Prevention program, which is aimed at promoting healthy living and fitness.

“You have high blood pressure, heart disease … we try to prevent this,” said John.

The camp was also aimed at teaching Diné culture and activities.

This year’s camp attendance is estimated to be 31 students, according to John. 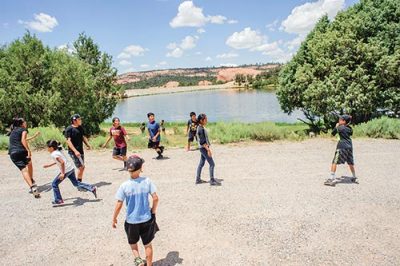 “We also learned about the Holy People,” added Toledo.

Both said they learned a lot about the sweat lodge and John’s stories and lessons were helpful.

The camp was held on the east side of the lake, by the picnic grounds surrounded by vehicles used to shuttle in most of the kids. John said parents were responsible for dropping off and picking up their children.