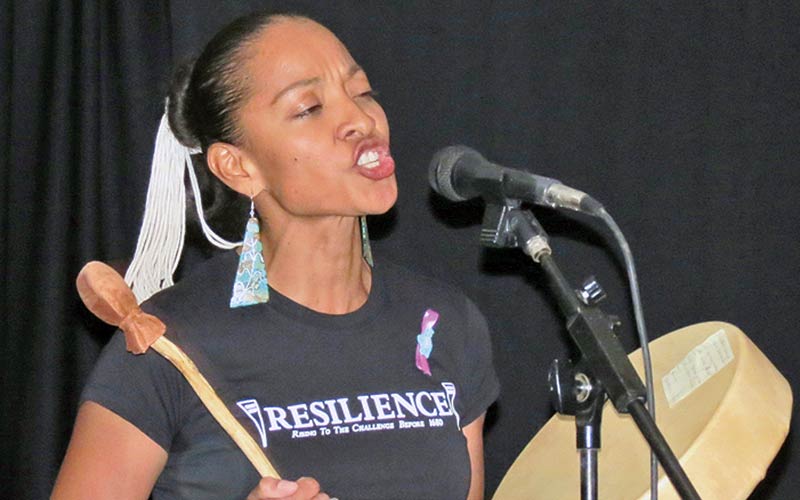 About 200 people listen as advocate for the homeless Nick Estes tells how violence against native people is at epidemic levels in the city and the country. (Special to the Times – Colleen Keane)

On Oct. 13, Indigenous People’s Resistance Day, the first of four benefit concerts was held in Albuquerque to honor Allison Gorman and Kee Thompson, members of the Navajo Nation who were brutally murdered in July on the west side of Albuquerque.

Three Hispanic teenagers were arrested for beating the homeless men to death while they slept.

Radmilla Cody, a world-renowned performer and a former Miss Navajo Nation, conceived of the “For The People, We Are All Sacred” concerts and organized them with activist Brandon Benallie, Diné.

“We were frustrated that nothing was being done,” said Benallie.

The Albuquerque concert was held at the All Indian Pueblo Cultural Center.