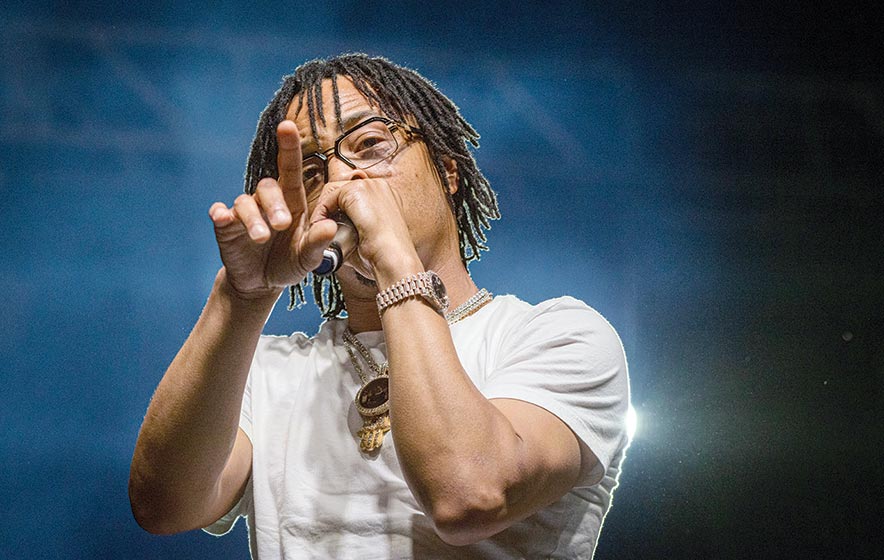 At around 7 p.m. on Wednesday, an hour before the show was set to start, the crowd quickly began to fill any empty spaces at the arena.

Some of the concertgoers arrived at the arena as early as 3 p.m. in order to get to the front of the barricade to view their favorite artist as close up as possible.

One concertgoer, Diandra Redhouse, could not believe that T.I. was going to be performing at the fair. She said that he has been one of her favorite artists for a long time now. 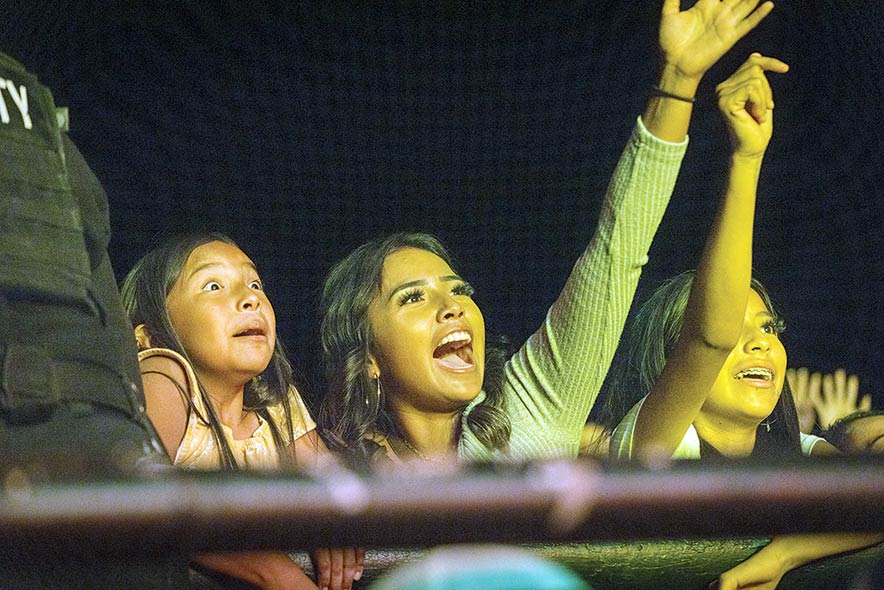 “We watch all his movies, we’ve been listening to all his songs ever since ATL came out,” Redhouse said.

Despite her initial disbelief, she is glad the fair is bringing artists of different genres to the concert series.

“I’m glad they’re bringing other genres of people to the concerts and stuff like that because I get to have my kids enjoy the things I did when I was their age,” she said.

Autumn J. Montoya, another concertgoer who was at the very front of the large crowd, said she has been a fan of T.I. since the 2000s.

She explained how T.I. “grew up from nothing” and made himself who he is through hard work.

“It’s a huge milestone I would say, for not only us and him but for us to unite together and know the backgrounds of each other, I think it’s going to be an awesome night,” Montoya said.
When she heard T.I. was going to be the performing at the fair, she immediately felt excitement and was the first one in line for tickets.

“As far as Navajo Nation fair getting entertainers out here was pretty hard, I heard,” Montoya said. “So, knowing that he was willing to come out here and perform for our people, I mean I just wanted to show my support in the same way and go buy a ticket from him.”

She expressed her gratitude toward the Navajo Nation Fair and T.I. for performing.

“Growing up in poverty, he (T.I.) understands that so knowing how to claw his way to the top and knowing the heartaches and also the triumphs to get to the top,” Montoya said. “I think he’s the absolute best performer for our people right now.”