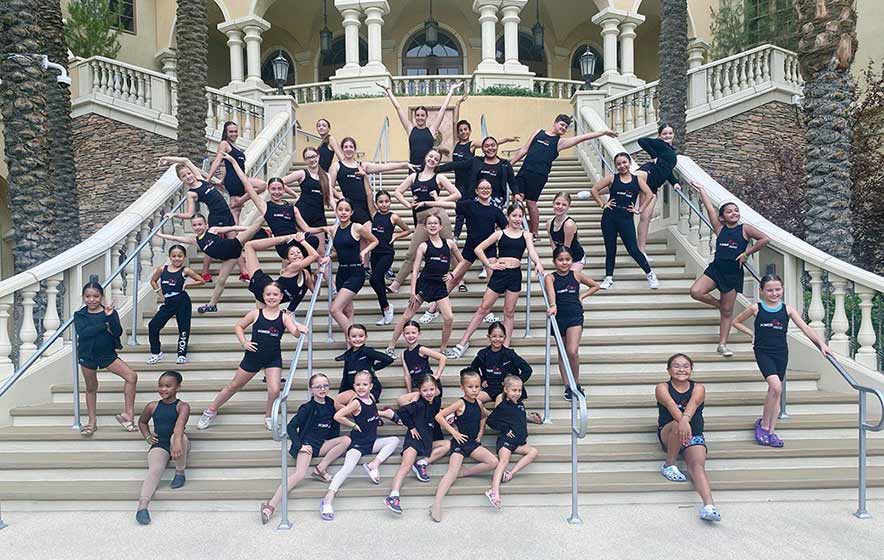 Courtesy Photo | Nadia Logan
Kaylissa Logan was named Studio Dancer of the Year for her school at Power Elite Dance Academy, one of her instructors saying she is focused, dedicated, has no attitude and has fun learning.

“I felt pretty good,” Logan said. “I had to learn that solo in less than two weeks because I started in May, but then we never got to finish it. It got me overwhelmed, but after I did it, I felt a lot better.” 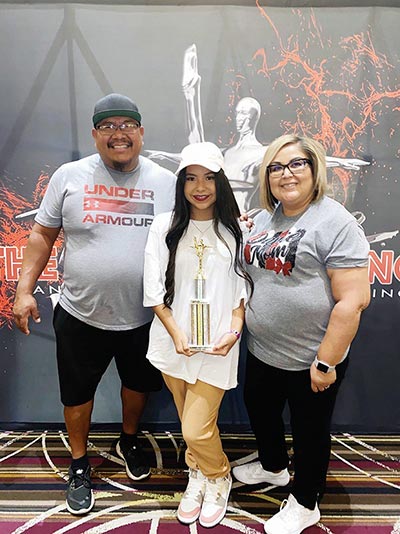 The Tremaine Dance Conventions & Competition is an annual event held by Tremaine Dance studios. It is part competition and part convention that last three days, taking place in different cities each year.

Their goal is to teach and motivate young dancers and dance teachers as they host classes taught by professionals during the day. Then in the evenings they hold dance competitions for the young participants.

For dancers like Logan, this is akin to going to nationals. This is the first time she won first in the competition for her class.

Logan went along with her school group, Power Elite Dance Academy, based out of Globe, Arizona.

She’s been dancing since she was four years old, nearly eight years now. She said she enjoys dancing and especially enjoys learning at Power Elite as they are always challenging her so she is never bored.

She is one of the few Natives in class. She is Tó’áhani, born for Kinłichii’nii. Her paternal grandfather is from the San Carlos Apache Tribe and her cheii is Mą’ii deeshgiizhinii.

Logan performed in the evening during the three-day competition with her group and then finally solo where she danced hip-hop.

“It’s like you’re dancing really strong and it takes a lot of work into it,” she said. “Because most dancers can’t really do hip-hop. But ever since DJ started to teach me hip-hop, I find it really fun because it doesn’t have to be perfect.

“A certain way you can make your own style,” she said, “like however you want it and it will still be hip-hop.”

Logan said there was good competition this year and it had her feeling nervous, all the way till the last second when backstage.

But when she heard her name called and she stepped on stage, all the stress and doubt went away.

One of her instructors is Djaniel “DJ” Holzkamp, a professional dancer who performed for the Phoenix Suns and who is now an instructor for Power Elite.

Holzkamp has seen Logan at Power Elite for years, but only recently started training with her. She is impressed with Logan’s focus, determination and passion for dancing.

“This girl learned a dance within two weeks, two or three weeks,” Holzkamp said. “She’s 11 years old and performed on stage. And she has not only just the skill level, but her heart is in the right place and she is very determined.
“I can’t even think of a time that she’s came to dance and has not worked her hardest,” she said, “or I’ve had a problem or an issue with her attitude. She’s always ready.”
Holzkamp describes Logan’s solo as a representation of her and the family’s love for Jesus, a Christian hip-hop solo that fit in Logan’s niche.

Holzkamp believes having Logan dance for something she believes in and inspires her compelled Logan to be more confident in what she needed to do to perform the solo.

Logan hopes to level up in her classes and start learning along the more senior group of dancers.

Holzkamp also compliments her family, Nadia and Aaron Logan, for being supportive of their daughter. She always sees them in the stands whether it’s at rehearsals or competitions.

Likewise, Aaron Logan is proud of his daughter and supports her goals of becoming a famous dancer for the Suns or to even to go further and perform in New York.

He hopes her passion can inspire others, especially other Navajo kids who may not know they, too, can have the potential and chance of becoming a dancer.

Despite the nervousness, Logan said she had a lot of fun at this year’s convention, befriending people from different states, even the teen hip-hop champion from last year.